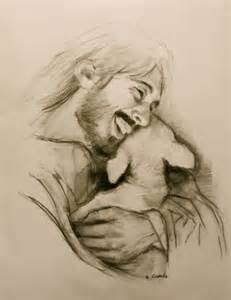 Following completion of medical school at the University of Arkansas in Little Rock I wanted to continue my training in a large inner-city hospital, preferably located in the South. The teaching hospital associated with the medical school in Little Rock was relatively small in terms of the number of patients treated daily, and I wanted a larger facility with a wider variety of medical problems. Grady Memorial Hospital in Atlanta, Georgia fit all of the criteria I had set, and I was thrilled when I received word from them  I had been accepted into their program along with two medical school classmates. With my new title “M.D.,” and a false sense of my own importance to the medical community and the world at large, I set out for Atlanta fully expecting a hero’s welcome at Grady. I quickly discovered I was one of 60 new interns and over 100 resident physicians training there in various medical specialties. Because we all had to wear white uniforms and looked alike, I blended into a large crowd of young doctors and immediately lost my unique status.  My humbling process was just beginning.

My first service rotation at Grady (affectionately known locally as “the Gradies”) was on the pediatric service. Part of my responsibility was to work in the out-patient clinic. There were hundreds of sick children treated daily, and they were divided among 4 to 6 interns; so the patient load per physician was huge. With my relative inexperience in patient care I was very slow and meticulous in asking the right questions of the mothers concerning their child’s problems. Because of the patient mix at Grady Hospital in Atlanta, many of the mothers had deep southern accents and used terms which were not common medical terms. In my limited medical school experience I had heard most of the commonly used slang terms and was confident in my ability to understand what was said and to communicate appropriately.

On this particular morning, I was questioning a mother about her 4 year old’s past medical history and previous hospitalizations. She said proudly that her child had been admitted a year ago to “the Gradies” and had now fully recovered from that problem with no after-effects. I asked her what was the illness for which he was treated, and she said it was “smilin’ mityjesus.” Believing I had misunderstood the words she had spoken, I asked her to repeat the diagnosis, and she repeated exactly those words; “smilin’ mityjesus.” I told her that I needed to consult with one of the senior physicians and quickly excused myself from the exam room. I found a resident physician with several more years of experience, and asked him if he had ever heard of an illness called “smilin’ mityjesus”? “Of course I have, and so have you,” he said. “You were taught all about that illness in med school; how to diagnosis it, how to treat it and what complications to expect. I’m surprised you didn’t immediately recognize what she said,” he teasingly rebuked me. “Please tell me what in the world did her son have?”  He proudly informed me that the diagnosis that I couldn’t make that morning was “spinal meningitis!” My learning process took another giant step forward.

In thinking about this amusing episode from my past, I am more convinced that our Savior, the Lord Jesus Christ, is truly mighty. He is mighty to save and mighty in His love and patience toward us as we are growing more into His image daily. I can only imagine as He watches His children struggle in that growth process, and even as a young intern is trying to understand what his patients are saying to him,  our Jesus is also smiling as He watches and listens!