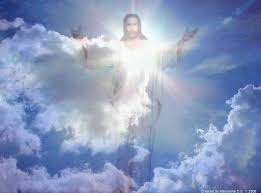 Jesus in the Clouds

As a physician and surgeon for many years I was trained in the art and skill of observation. From the time I entered the third year of medical school and left the classrooms to enter the patient’s rooms, I was taught how to look at a patient from the top of his head to the soles of his feet. I was taught to look for tell-tale signs of impending or actual health problems in order to begin prescribing the needed remedies. It is a reflex pattern of observation which I learned early to use and since have painfully discovered by experience this skill is only appropriate in medical settings. The Bible speaks about things which are seen and things which are not seen (II Cor. 4: 17-18). The things we see are temporary while the things we cannot see are eternal. We are challenged to look for the latter things rather than the former.

My brother Berry Lee was a family physician who practiced for 50 years in our home town of El Dorado, Arkansas. I began my surgical practice there about 10 years following his start and was very grateful to have his expertise and encouragement particularly in the early years of my practice. He referred the majority of his patients who needed operations to me, and that was an added incentive and blessing to live and work in the same town as him.

George was a 93-year-old gentleman who had been one of Berry Lee’s patients for many years and had been in relatively good health until 6 months prior to my introduction to him. He had been having vague stomach pains particularly after meals with foods having a high fat content such as pork chops, barbecued meats and turnip greens, all of which he loved. Following a particularly severe bout of pain associated with fever he was admitted to our hospital ICU in a very serious condition. I saw him in consultation, and the diagnosis of acute gall bladder infection with abscess was made. In spite of his age I recommended surgical removal rather than medical treatment because his condition was worsening despite aggressive medical treatment with antibiotics. My brother was reluctant to allow him to undergo such a dangerous procedure considering his age and weakened state, but agreed if the operation was not done quickly George was not going to live.

I went to George’s bedside to give him our decision and to get his permission to proceed. I explained all the facts we understood and tried to help him understand the risks and consequences, both with and without an operation. He agreed to accept our recommendation, and said he knew he might die either way. I then said to him, “George, I am going to do everything in my power to get you through this, but I need to know if you are certain you will go to heaven if you don’t make it.” “O, yes suh,” George said in his deep southern accent, “I have loved Jesus mos’ of my life, and I’m a lookin’ forward to seein’ Him.” I then prayed with George and asked for deliverance for him from this disease, and then thanked God George was certain of his eternal future.

The operation was very difficult, and the findings confirmed the diagnosis of gall bladder abscess along with perforation and a rapidly spreading intra-abdominal infection. Post-operatively George’s condition worsened, and he became comatose never awakening from the effects of the anesthetic. He lingered near death for the next 30 hours while his family and his physicians prepared for the inevitable. I went to see him shortly after lunch the following day, and while reading his chart at the nurse’s station his assigned nurse said to me alarmingly, “Look, he is trying to get out of bed!” For the first time since the operation, he had his eyes open and had lifted his head and shoulders slightly from the bed while extending his arms toward the opposite wall. His palms were turned upward as if he was welcoming someone into the room.  I told the nurse, “Don’t disturb him, he is seeing something or Someone we can’t see, and he is not going to fall out of bed.” We watched him for at least a minute, and then he closed his eyes and lay back on the bed with a look of total peace on his face. Within the hour George’s spirit left his body and we pronounced him dead.

What or whom did George see that afternoon? I don’t know for sure, but I told the nurse I believed God had pulled back the curtain for George, and the Lord Jesus Christ himself had entered his ICU room. I believe He came to welcome and to take home one of His children from his long and faithful service for Him. I also believe God allowed the nurse and me to witness what it will be like for us on the day when our earthly service is completed. Right now most of us can only see the temporary things with our physical eyes while the eternal things are only imagined. As believers in Christ as Savior we do have spiritual eyes and are commanded to look upon eternal things with them. I cannot state exactly how to do it, but the Spirit of God always empowers us to do what He commands.

I learned a lesson that day from George. In spite of the seemingly painful process of death it is not to be dreaded by any believer in Christ Jesus. When the time comes my Savior will come for me to take me home, and He will no longer be imagined. My eyes will see Him for the first time, and His beauty, His glory and His majesty will be so great everything else will be insignificant. He has promised to do this for me and for everyone who loves and trusts Him and believes on Him as their Savior.

“Turn your eyes upon Jesus, look full in His wonderful face. And the things of earth will grow strangely dim. In the light of His glory and grace.”  Helen Howarth Lemmel