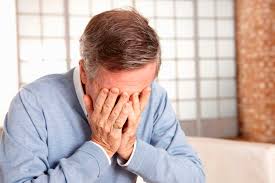 As a 4th year surgical resident at Charity Hospital of New Orleans in 1969, I considered myself to have “seen it all and operated on at least one of everything.” I was a young, enthusiastic surgeon and wanted my family to share in as many of my medical experiences as possible. On more than one occasion, I tried to get my wife Cathy to come into the operating room dressed in a surgical scrub suit, and watch her “famous husband do miraculous deeds!” She always graciously declined by saying something like, “I’d rather not draw attention to myself by getting sick.”

Cathy’s brother George and his wife Dawn, who lived in Valdosta, Georgia at the time, were visiting us one particular weekend I happened to be on call for emergency surgeries. I had reached the enviable status I could take calls from home unless there was a case which was too difficult for the junior resident to handle. Our enjoyable time together was being interrupted by numerous calls from the junior resident who just needed reassurance he was making the right decisions, and  I didn’t need to be there. I had told George in case I did have to go to the hospital for an operation, he could accompany me if he desired, and he could see first-hand what a “great surgeon” his brother in law had become!

George was the Dean of Students at Valdosta State College and had an earned PhD in Higher Education. With his title, “Dr. Young,” it would be much easier getting him into the operating suite without arousing any undue concerns. He said he was hoping he might have the opportunity of observing what takes place in that environment so he could share that experience with the students at his college who had an interest in the medical field.

Just after lunch on Saturday, the resident called to say he had 2 patients who were trauma victims needing emergency surgery, and a third patient who was in immediate need of a Vena Cava ligation. This patient was throwing multiple blood clots into his lungs and the operation would be life-saving, so I knew I had to get to the hospital as quickly as possible. The junior resident was capable of handling both of the trauma patients. While driving to the hospital I told George I would introduce him as a “visiting doctor,” and he could simply observe rather than scrub up put on a sterile gown and gloves and have a hands-on experience. His lack of knowledge of those procedures would be an immediate giveaway he was not an M.D., and I didn’t want any unnecessary attention drawn to George.

We got to the 12th floor operating suite and quickly donned our scrub suits. Because this was his first experience in such an environment, I wasn’t too concerned about the initial anxiety I could see in George’s face and detect in his voice. Charity Hospital was a huge facility, and there were 12 operating rooms on each of two sides of the large operating suite. The two trauma patients awaiting their procedure were on the gurneys outside their respective rooms, and both patients though stable were receiving blood transfusions. My attention was focused on the patient on whom I was to operate so I wasn’t paying close attention to George. I had simply introduced him to the many doctors and nurses in the hallway as “Dr. Young, a visiting doctor from Georgia.” As we were waiting to take our patient into the room, a student came rushing up to George and asked, “Dr. Young, the patient by Room 10 has received 2 units of blood already. Do I need to start a 3rd unit?” George quickly said, “I’m not sure. You need to ask Dr. Moore.” Fast thinking for the visiting doctor!

Our operation began with George standing at the head of the table next to the anesthesiologist where he could get an unobstructed view. After I made a very long incision and quickly exposed the Vena Cava, I pointed out to George various organs and what we were planning to do in this procedure. George was leaning over the table intently observing and seemed to be absorbed in his new learning experience. I did notice he was not asking any questions. When I had to focus all of my attention to the delicate portion of the procedure I didn’t notice George had left the room. When I came to a point where I could turn over the responsibilities of the operation to the younger resident I took off the sterile gown and began looking for George.

When I asked one of the nurses if she had seen Dr. Young, she said he was in the utility room adjacent to the O.R. I found George sitting near a window which had been opened with his head as close to the window as possible. A student nurse was fanning him and giving him as much comfort as possible. George said to the nurse, “That’s the last operation I will ever watch. I darned near passed out!” The nurse said, “Oh Dr. Young, please don’t quit surgery because of this.” George said, “Ma’am, I’m a PhD, not an M.D., and this is the last one for sure.” The nurse responded, “In that case, you better lie down!”

We didn’t talk much on the way back to our apartment where I knew our wives were anxiously awaiting a report of our experience. Finally George said in a refreshingly honest way, “I don’t mind if you tell them I fainted because I’ve seen all the surgery I ever want to see.” To this day I’ve not been able to convince George every doctor has at least one bad day in the O.R.

4 thoughts on “The Visiting Doctor Has A Bad Day”