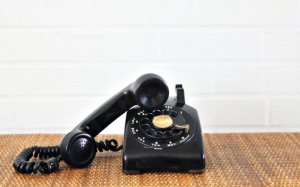 Isaac Wilson was one of the most colorful of Pop’s friends, and I loved it when he would come to our home for a visit. Both Pop and Ike were master story-tellers and their repertoire was seemingly endless. I would sit and listen for hours as one or the other would tell some event from their past, either years before or even the day before. They could remember names of some of the most comical characters, and one or the other could imitate the way they talked or even walked. Usually I wouldn’t say a word, but spent most of the time laughing as those two would spin their stories. If their accounts were not true, I certainly could not discern it, and the fact that they had an audience of one who was having such fun, encouraged them to keep up their pace. Most of the stories I had heard before, but they could add some different twist, and it would still be funny and interesting.

We were related to the Wilson family through Ike’s mom, Annie. Her maiden name was Sheppard, and they could trace their ancestry back to the Three Creeks community in South Arkansas, where the Moore and Sheppard families first settled in the 1840’s. Annie’s mother and my great grandfather were siblings, and thus Annie was always called Cousin Annie by our family. When Pop was in a playful mood, he would call Ike, “Cud’n Ike.”

Ike did not inherit his joking and outgoing personality from his mother. Cousin Annie was quiet, thoughtful and serious. When she was told something, she always accepted it as fact, and was lovingly known by many in the family as being gullible. She became the object of numerous pranks, mostly from family members. Ike had learned early not to tease his mother too often, because it bruised her sensitive spirit and he would usually get into trouble for it. Others in the family however, were not as thoughtful of her. Dr. Jack Sheppard, a distant cousin through the Sheppard line, was also known as a practical joker in the family, despite the fact that he also had the reputation of being a very good family doctor. One morning when his patient schedule was slow, he placed a telephone call to Cousin Annie and disguised his voice to give her some information that she needed to know concerning her telephone service. At the conclusion of the conversation, Cousin Annie thanked the caller and promised she would follow his timely advice. She had no idea she was talking to Dr. Jack.

Ike was at work that morning and was planning to stop by her house to have lunch with his mother. She had lived alone for years following the death of her husband, but had very good neighbors in addition to her only child, Ike who checked on her frequently. She never felt alone and was fortunate to have such excellent neighborly and family support.

Upon arrival Ike noticed something very strange on the table that held her only telephone. The receiver was off the hook; it was wrapped in a damp towel and lying next to the base of the phone. Ike said, “Mother, what in the world have you done to the phone? If anyone tried to call you, they would only get a busy signal, and you would never know they called.” (This was years before the advantages of call-waiting and voice mail.) Cousin Annie said, ” Oh, Ike don’t worry. I’m just following the advice of the President of Southwestern Bell who called this morning.” “Well Mother, just what was his name and what did he tell you?”  “He said his name was Mr. Smith and wanted to warn me about something that was about to occur today. He said the company was going to have a system clean-out, and they were preparing to blow out all the lines so that the phones would work better. Because there was a good chance that all the carbon and soot in the lines would blow into my home as a result, he recommended that I take the phone off the hook and wrap it in a large damp towel. He was trying to save me a lot of unnecessary house work. I thanked him for his concern and did exactly what he recommended.”

Ike didn’t want to tell his mother that she had been the brunt of another joke, so he said to her, “I think the clean-out is already over, so I’ll just put the phone back on the hook.” Ike said he immediately knew the perpetrator of the call. Only Dr. Jack would think of and make such a prank call knowing that Cousin Annie would fall for it. She was grateful for the advice and never noticed the least amount of dust or soot from the telephone maintenance.