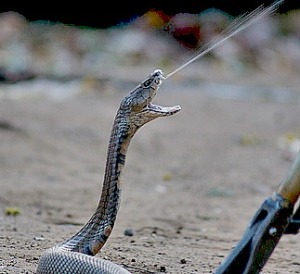 As a missionary surgeon in the bush in Zambia for over 25 years, my friend Dr. Gordon Jones had a myriad of experiences and stories. He loved sharing those stories, and whenever he came home on furlough to El Dorado I would listen with rapt attention.

Gordon received his training in surgery and tropical medicine in New Orleans at Charity Hospital where I trained and in the Bogalusa Community Medical Center in Bogalusa, LA. We had some mutual friends in the New Orleans medical community, and I could usually get him caught up on the latest news from south Louisiana. Just the fact that he trained at the enormous Charity Hospital prepared him for almost any surgical problem he might encounter in the Zambian bush. I particularly enjoyed having him assist me with my surgical cases during the months he was in El Dorado on furlough. He would show me different techniques he had perfected in his mission hospital, and I could show him newer technologies and techniques that he had not seen.

One of the more serious problems he regularly treated that fortunately I never encountered either in south Louisiana or south Arkansas was that of cobra bites. The cobra was a common reptile in Zambia and a frequent intruder into the homes and huts of the locals. The cobras were searching for mice and small animals and were not usually aggressive until cornered. Gordon said that a major problem for all missionary doctors in Africa was in obtaining cobra anti-venom. They had discovered that an excellent substitute for the anti-venom for successful treatment of cobra bites was to use a stun gun. That initially sounded to me like something out of a science fiction novel, but Gordon insisted that it really worked. Within the first 5 to 10 minutes of an envenomation, if one applied the stun gun to the site of the bite and fired an electric current, Gordon claimed that the electricity neutralized the effect of the toxin and greatly reduced the risk of death or serious complications. I accepted his explanation and was thankful that I didn’t have to learn the use of a stun gun for such a purpose. When Gordon arrived in El Dorado, one of his first activities was to search every hardware store in town and purchase every stun gun in their inventory. He said in the event he could purchase more of these instruments than he could use, he would mail them to some of his missionary colleagues in Africa that were in need of them.

I asked him if he had every had a close encounter with a cobra, and he related the following story. One morning while making his rounds at the hospital, a woman that he knew came running into the hospital breathlessly asking if he could come quickly to her nearby home. She had discovered the cobra in her bedroom that morning and was unable to coax him out of the house. She knew that Dr. Jones kept a 410 shotgun in his home for that express purpose. He went to his nearby home to get the shotgun and several shells and followed her to her home. As they slowly entered her bedroom and very carefully moved some furniture out-of-the-way, the cobra came into view and being threatened, reared his head. Gordon knew he was safe out of striking distance, so he began loading his shotgun. Gordon had a habit displayed by some of us that when he is doing something requiring concentration, he slightly opened his mouth and had his tongue pursed against his lower lip. He said just as he slipped the shell into the chamber, the cobra did what they frequently do. He ejected (spit) venom toward the eyes of his victim! Fortunately (or not), the venom didn’t get into his eyes, but the entire amount went into Gordon’s mouth!! Gordon said, “I began spitting as much of that stuff out of my mouth as I could, and told the woman to run as fast as she could back to the hospital to get the anti-venom. I didn’t know if I needed a shot since I had never treated anyone who had a cobra spit in his mouth!” I asked him 2 questions; “What does cobra venom taste like and what did you do to the cobra?” He said, “It has a nasty salty taste, but I was spitting it out so fast that I didn’t think about the taste! As far as the cobra, I blew his durn head off!!” By the time the woman returned with the anti-venom, Gordon was experiencing no symptoms and decided that the risk of taking the anti-venom was greater that not taking it, so he didn’t inject himself.

I asked Gordon if he had any advice concerning cobra encounters should I ever be in a place where I might spot one. I remember well him saying, “Don’t get close enough to them where they can either strike or spit, but blow their heads off before they have a chance to do either.” I am determined to do as he says.

1 thought on “Dr. Jones and the Spitting Cobra”