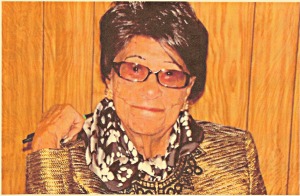 Over the thirty years I practiced medicine and surgery in El Dorado I had the privilege of serving thousands of people in the town and the surrounding communities. God opened doors of opportunity which extended far beyond the technical aspect of performing countless thousands of surgical procedures. My brother Berry Lee (Bubba) encouraged me in the ministry Christ had given me within the medical practice and helped me better understand some of the reasons God had placed me there.

When Cathy and I had the spiritual change in our lives which occurred six years after beginning the practice I began viewing each patient encounter as a divine appointment. Those appointments included people who needed not only physical healing, but needed prayer, encouragement, counsel, challenge and in some cases rebuke. There were some who were dead in their sins and needed a Savior. Some of the patients whom God appointed to my surgical care I am certain He sent them to encourage and to challenge me. One of those blessed saints He sent many years ago is a lady named Lillian Thompson.

When I first met Lillian as a patient she was in her mid-60’s in age and had a problem she feared was malignant. A relatively minor surgical procedure proved the problem was not malignant and greatly relieved her anxiety. Because Lillian was forthright in her personality and not intimidated by white coats I got to know her quickly and immediately connected to her outgoing Christian witness. She had a distinctive phone voice and when she called she would say, “Dr. John, this is Lill’-ian!” I was never in doubt with which Lillian I was speaking. I looked forward to her calls, because they were usually about someone else’s problem or a particular need for her church.

Lillian moved to El Dorado in 1940 and was married the same year to her husband L.G.  He was a hard-working man who provided well for his family. He worked faithfully for Andrews Funeral Home for many years assisting in the preparation and burial of people who entrusted their final arrangements to Andrews Funeral. L.G. and Lillian had no children of their own, but they took a nephew of Lillian into their home when he was five years old and raised him into adulthood as if he was their son. Lillian poured her life and energy into numerous nephews and nieces through the years and provided needed clothes, food and money as she was able. L.G. lived until 1999 and departed this life one year prior to their fiftieth wedding anniversary.

Early in our friendship I learned Lillian was very loyal to her church, St. John’s Missionary Baptist Church in which she was a charter member. She was one of the primary fund-raisers for improvements in the building and the ongoing ministries of the church. She was never shy about asking her friends and acquaintances to help with the financial obligations of her church, because everyone knew how much she gave of herself for the welfare of the church. She was continually visiting needy church members either in their homes or in the hospital, and her ministry to the church was not unlike one of a deacon. I greatly admired this quality in her.

In a recent conversation Lillian told me years ago when I was a small boy she assisted Lillian Singleton in cleaning our home and working for Pop. (Kisses From Lillian) I have previously written about the impact Lillian Singleton had on our family during the years of adjustment in our lives when Mimi, my birth mother died of breast cancer. The two Lillian’s lived within a few blocks of each other. I was not aware of any these facts, and in the same conversation Lillian said ,”I have loved you, your brother and sister since then.”

When Bubba was in his final illness Lillian included him in the large number of people to whom she was ministering. He had been providing total home care for his wife LaNell  for the ten years of her struggle with progressive dementia and doing the majority of cooking for the two of them. When I would visit with him by phone he would tell me he had lost his appetite by eating his own cooking. His comment was, “If you want to lose weight just start cooking for yourself. Everything will taste like cardboard.” Over the course of a year or so Bubba must have lost twenty-five pounds. Lillian would tell me when she called, “Your brother is not looking good, so I cooked him some greens and cornbread which he loves.” I told her how much I appreciated her doing this for him, and her response would usually be, “I just love your brother; he is a good man; he is a Christian. Did you hear what I said? He is a Christian!” Several times I asked her how many other people for whom she was cooking, and she would never answer. I always suspected she had five or six others for whom she regularly cooked greens and cornbread.

Lillian recently celebrated her ninety-sixth birthday and by her account had a “house-full of company” (nieces and nephews from out-of-town)) who stayed for more than a week. Lillian probably cooked the majority of meals while they were there. The photo above was taken recently, and it is not difficult to see that usual twinkle in her eyes. When I called to congratulate her on making ninety-six years, I asked how she was feeling, to which she quickly responded, “I’m doin’ pretty good Dr. John. How you feelin’? Are you taking care of yourself and are you eating right?” Her responses like this one usually made me ask myself if am I as concerned as Lillian about the welfare of others?

I have been studying Jesus account of the final judgement concerning the sheep and the goats recorded in Matthew 25:31-46. He told the sheep on His right hand to come into His Kingdom because they had fed Him, given Him drink, taken Him into their homes, clothed Him, visited Him when He was sick and ministered to Him in prison. They asked when they had done that for Him and He said, “When you have done it to the least of my brethren, you have done it to Me.” Lillian has spent most of her life doing for the least of His brethren, and she will be greatly rewarded.

PS: Since writing this account of my friend Lillian she departed this life on December 9, 2020 while living with her niece in San Antonio, Texas. She had moved there a year earlier because of progressive deterioration in her health. I called and spoke with her by telephone on a number of occasions before her death, and she was always cheerful and upbeat. She always asked me, “How you feelin’ Dr. John? And how’s your beautiful wife?” She was three months shy of her one hundred and third birthday when she departed. When she came into the presence of her Savior and Lord Jesus Christ she heard Him say, “Well done my good and faithful servant. Enter now into your rest with Me!”