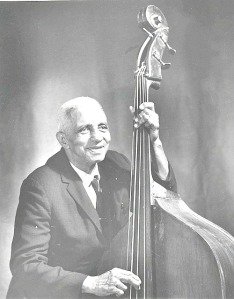 For over 175 years Charity Hospital of New Orleans was one of the premier hospitals in the country. Free medical care was provided for any resident in the New Orleans area who couldn’t afford care in a private hospital. In addition Charity Hospital was the primary teaching hospital for LSU  and Tulane Medical Schools. Pop took his post-graduate training there in the mid 1930’s and because he told me so many stories of his experiences, as I neared completion of my medical school training in the U of A Medical School at Little Rock, I set my sights on also training at Charity.

I began my surgical residency in 1965 the month before Cathy and I were married, and we spent the next 4 years living in New Orleans. I was thrilled to have been accepted into the LSU Surgical program, and although we are both loyal Razorback fans, the LSU program was much better suited to me than Tulane. We had to tolerate a considerable amount of ribbing from inconsiderate LSU fans, but I suppose we dispensed about as much as we received!

In any residency training the younger surgeons are given progressively more authority and opportunities as their experience increases. By the time one has entered the 3rd year of training, he becomes the primary surgeon on a surgical ward which includes about 25 patients. As senior resident (3rd and 4th year) he does the more complicated procedures such as gall bladder and cancer surgery and delegates the less complicated procedures such as hernia repairs and amputations to the junior residents (1st and 2nd year). Because Charity Hospital served both LSU and Tulane, patients who were designated as emergency admissions were admitted to the LSU service every other night. This system of emergency admissions worked well most of the time, but there were a few cases of abuse. If a patient had an undesirable problem, or if he were a particularly undesirable person, the emergency physician on the Tulane service might give that individual some medications to temporarily help and tell him, “Be sure to return tomorrow so we can see if you are making progress.” I always considered the LSU admitting doctors were more compassionate and did not “slough patients” as this practice was called.

When I was in the middle of my 3rd year, a particular patient with a tumor in his stomach was admitted to my ward. His name caught my attention because he had a distinct Cajun name, Alcide Pavageau. Because  Mr. Pavageau had a 25 lb. weight loss over the previous several months, the diagnosis was likely cancer of the stomach, and he needed an operation as soon as it was safe. He was a kindly looking Black-American with gray hair and had a quiet and humble personality. His conversation was well-seasoned with “yas sir, naw sir, please and thank you” which attracted me greatly to his sweet spirit. He was scheduled for operation within a week of admission and as the operating surgeon, I indeed found a large cancer in his stomach which I successfully removed and reconnected his alimentary tract.

On the afternoon of his operation, I received a page from the hospital operator, and she had a physician from Minneapolis on the line who wanted to speak with me. I knew no doctors in Minneapolis and was curious why he specifically asked for me, so I took the call. After he identified himself, he asked if I were the surgeon who had operated on “Slow Drag” and just how was he doing. I told him I was not because I had no patient named “Slow Drag.” He said that was, of course the nickname that everyone called him, but his given name was Alcide Pavageau. I said that I was his surgeon and I gave him the information that he desired thinking he was a friend of “Slow Drag.” He said he only knew him by reputation and had heard him play on a few occasions. He told me that “Slow Drag” was one of the most famous bass players for Dixieland band music, and was so well-known he was in the Dixieland Music Hall of Fame. Alcide never told me about his musical expertise nor did he say his nickname was “Slow Drag.”

“Slow Drag” had played with some of the most famous Dixieland bands in the country and in his latter years played in the Preservation Hall in the French Quarters. I loved going there and on several occasions Cathy and I would sit and listen because it was free and the atmosphere was like a large jam session. On one occasion I was challenged to join the band on a number and briefly played the banjo for my one and only Dixieland gig. I don’t believe “Slow Drag” was there that evening, at least I didn’t remember him.

When “Slow Drag” began recovering from his operation, we had many opportunities to discuss his music and career which was fascinating. He had a family member bring some photos of his playing and several of the bands with which he had played through the years. I should have gotten his autograph but wasn’t thinking about that sort of thing in those days. I lost contact with Alcide but learned that he had lived about another year before dying with advanced metastatic cancer. I regret very much  I never inquired about his spiritual condition and where he believed he would spend eternity, but I was not a believer then and such things were not important to me at the time. As kind and sweet as he was, I believe he must have known Jesus as his Savior.

15 years later when Cathy and I had moved to El Dorado, the Preservation Hall Band from New Orleans was on tour and played a one night concert at the Municipal auditorium, so we attended. I didn’t recognize any of the names on the program but several faces looked familiar. When the concert was over, I decided to go back stage and see if any of them remembered “Slow Drag.” The trombone player who was called “Frog” said, “May I help you?” I said, “I want to thank you all for such a good concert. Do you remember “Slow Drag” because I was his doctor that operated on him 15 years ago?” He hollered to all the band members, ” Come meet this man. He was “Slow Drag’s” doctor!” For about 10 minutes I reminisced with them what a wonderful man and musician ole’ “Slow Drag” had been. It was a sweet time, and I was thankful to the Lord I had known him. I believe I will see “Slow Drag” again one day, and maybe I’ll get to play another Dixieland gig!