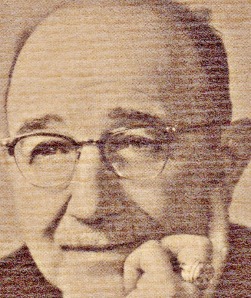 The Arkansas Razorbacks have always been my favorite college football team, and especially after Bubba received a full scholarship in 1945 to play tackle. He had been a high school All American tackle for the El Dorado Wildcats. I saw him play a few games in high school, but have no remembrance of any specific game, because I was so young. Despite the fact he was injured during his sophomore year, and I never got to see him play, the team remained my favorite. While attending undergraduate studies in Fayetteville in the late 1950’s and medical school in Little Rock in the early 1960’s, I was able to see the Razorbacks play numerous times. The team had few winning seasons until Frank Broyles coached them to much success in the 1960’s and into the 1970’s. Lou Holtz took over as head coach in 1977 when Coach Broyles retired after coaching the Razorbacks for 20 years. In his first year at Arkansas, Coach Holtz led the team to a 10-1 season, losing only to the Texas Longhorns. The prize was a trip to the Orange Bowl to play the University of Oklahoma Sooners. Cathy and I decided to travel to Fort Lauderdale to spend Christmas there with her parents while John Aaron and I were excited at the prospect of attending the Orange Bowl with George, Cathy’s brother.

Making plane reservations for Fort Lauderdale relatively late during the Christmas season  was difficult, and we were fortunate to get 5 seats on the Delta jet out of West Monroe, Louisiana. On the flight to Atlanta our seats were together, but on the connecting flight to Fort Lauderdale we were not so fortunate. Four of the seats were close to each other but the other seat was 4 or 5 rows away; so that was to be my seat. After making sure that everyone was seated properly and I knew exactly where they were located on the plane, I found my seat easily. There was only one vacant seat between 2 men, so I climbed over the man seated in the aisle seat. As I began sitting, I asked the balding, elderly gentleman on the aisle, “Is this seat taken?” He quickly responded with a smile, “Yes, we were saving it for you!” I knew he would be a friendly travel companion, so as I buckled in I said, “I’m John,” to which he responded, “Good morning, I’m Norman.”

While the plane was taxiing to the runway, Norman began asking where I was from, what was my  occupation and why was I going to Fort Lauderdale? He told me he was the Rabbi of the only Jewish synagogue in Augusta, Georgia and had lived there many years. He was on his way to work as Chaplain on a cruise ship out of Fort Lauderdale, and this was one of several times he had made such a cruise. He obviously enjoyed meeting people and establishing relationships.

I had never met a Rabbi, much less anyone who was so friendly and open to conversation. My heart rate began to speed as I contemplated sharing Christ with him, and I wondered how I might direct the conversation toward faith. I had been recently reading about the Jewish feast days and by asking which of the feasts he considered more important for the members of his synagogue, I thought I had found an opening to the subject. He began answering specific questions, and I was learning more practical information concerning Judaism than ever before. Then I asked him the most important question, “Rabbi, what do you think about Jesus of Nazareth?”

I can still hear his answer, “Doctor, Jesus of Nazareth was the greatest prophet that ever lived.” I said, “But Rabbi, the one you say was the greatest prophet, told many people  He was the Messiah, the fulfillment of all the prophesies of the Old Testament!” Rabbi Norman’s response to that was just as quick, “Jesus never claimed to be the Messiah.” I told him Jesus was recorded by all the gospel writers that He did claim to be the Promised One. I quoted several specific passages from the gospel of John, particularly John 8:58 in which Jesus told the Pharisees He was the great I Am. I said, “If Jesus knew He wasn’t Messiah and claimed to be, He was the world’s greatest liar. If, on the other hand he claimed to be God and wasn’t and didn’t know He wasn’t, He would be the world’s greatest lunatic. The only conclusion one can draw about the man Jesus is He is either a liar, a lunatic or He is indeed Lord!” I thought I had the Rabbi trapped into believing and confessing that Jesus was the Messiah and he would confess Him now as his own Savior. The Rabbi smiled and said, “Doctor, if we lived in the same town, we would be best friends. I know what you have tried to do , and I am not offended. The error in your logic is this; Jesus’ disciples wanted him to be Messiah so badly, they claimed he was, but Jesus himself never claimed that fact.” I stated that I believed every word in the New Testament as well as the Old Testament, and I was staking my future on that belief. His final comment regarding the matter was, “We shall see.”

Within a week or two after we returned home, I received a copy of the Rabbi’s book, Patrick J. McGillicuddy and The Rabbi which is a tongue in cheek account of the life of a Rabbi. I sent him a copy of Josh McDowell’s book, Evidence That Demands A Verdict. I never heard again from the Rabbi, so I don’t know if he embraced Jesus of Nazareth as the Messiah whom he was seeking.

PS:The Razorback defeated the Oklahoma Sooners 31-6 in what the Sooners considered an upset!