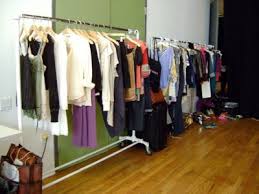 When Cathy and I began our ministry with The International Congress on Revival (ICR) in 1989, it was a result of our friendship with Brother Bill Stafford. He had taken over the leadership of the organization from the founder Manley Beasley. Brother Manley had recently died at a relatively young age from the effects of several devastating medical illnesses. Brother Bill invited me to join the reorganized board of ICR, and I agreed although I knew very little about the history and ministry of the organization. I did know Brother Bill and was confident of his zeal for evangelism and missions.

For my first year on the board Cathy and I did not attend the annual European conference. Each year these conferences were held in various European cities, including Vienna and Salzburg in Austria and even one year was in Les Diablerets, Switzerland. The meetings were held for the benefit of western and eastern European pastors and their wives. Reservations were made in a very nice hotel for 4 days, and the conferences consisted of outstanding preaching, anointed music and a general air of rest and renewal. All the European expenses including travel were covered by ICR. Each of these pastors worked extremely hard in their respective church with very little compensation and had no extra money for leisure and travel. A few of the men served as pastors of multiple churches. Some of the countries represented included France, Germany, Austria and Slovenia in western Europe and Romania, Hungary, Poland, the Czech Republic, Bulgaria, Ukraine and Russia in eastern Europe.

During my second year on the board Brother Bill convinced us our presence at the conference would be invaluable for the love and encouragement we would bring to the pastors and wives. I had no thoughts about preaching, but Cathy and I both considered leading breakout sessions in which we could share ministry ideas concerning marriage and family. We were still uncertain about the value of our attendance when we agreed to go for the first time. There were to be 18 other Americans making the trip, and we were taking our older daughter Mary Kay, her husband Dave Janke and our younger daughter Ginny. The conference was in Salzburg, Austria with a side trip to Innsbruck for 3 days prior to the meeting. During those conference days we had many memorable experiences with our children and the new friends we met among the Americans and the European pastors. We also discovered we did have a ministry role in attending future conferences.

Cathy noted most of the European pastors and wives, although neatly dressed seemed to wear the same clothes each day. She purposed in her heart she would bring at least one extra outfit the following year to give to a pastor’s wife. Thus began the idea of an ICR clothing ministry.

Months in advance of each conference Cathy began formulating ideas for obtaining clothes for the pastor’s wives and asked several of our friends if they would consider giving at least one nice outfit. The response was encouraging, and she also asked if I would carry an extra suit or sports coat for a pastor. We were not taking old and worn-out suits and dresses, but clothes presently being worn which were essentially new.

Our couple’s Sunday school class caught the vision of this new phase of ministry, and they began bringing nice and attractive clothing for us to distribute. We had some concern the volume and weight of the clothing would exceed the 75 pound limit of the airline and thus become very expensive. We placed the clothes in large duffel bags and when weighed at check in the weight did exceed the limit. We explained to the Delta Air Lines clerk the purpose for the large number of clothes, and she graciously waived all extra charges.

In addition to the extra clothes we were bringing Cathy had called the wives of other conference attendees, and they brought extra clothing for the first time. The initial effort made for this new ministry did not produce an extremely large initial response, but when we saw the joy and delight of the recipients, we knew the ministry must continue and be enlarged going forward.

The distribution of the clothes took place in our hotel room,  and when it was announced we were giving suits and dresses our room quickly filled with seekers. Cathy has the unique ability to look at an individual and know the size clothing they wear, so she became known as having the spiritual gift of “sizing.” She also has a great heart of generosity which meant when the clothing we brought specifically for giving was depleted and some were still waiting, she began giving our own personal clothing. On one occasion I had brought my  favorite sports coat which was tailor-made and very expensive. When I came to the room that afternoon, I immediately spotted a tall Romanian pastor with my coat on and noted it fit him perfectly. Cathy saw me shaking his hand and said, “Doesn’t that coat look perfect on Pastor Mickael?” I responded it did, but inside I didn’t want to part with my coat. Cathy was teaching me to have a more generous and giving spirit.

On the first trip we brought a new 3 piece suit owned by El Dorado’s Fire Chief, who was a member of our Sunday school class along with his wife. He was a very large man and I didn’t think there would be a man in attendance who could wear such a large suit. Most of the European pastors were medium to small in size. Cathy immediately spotted a Ukrainian pastor who was far above average in size. When he tried on the suit, it appeared to have been tailor-made for him. He began weeping as he told us in his marked accent he had never in his life owned such a fine suit of clothes. We all wept and rejoiced with him. He wore the suit to every meeting for the next 3 days as an expression of his gratitude. When we returned home and told Chief Ben the story, he could not keep back his tears.

In the following years the clothing ministry greatly expanded as other American wives including my sister Marilyn Berry brought increasingly greater numbers of beautiful and expensive clothes to distribute. The hotels in which we stayed provided a separate room for the clothes, and the room eventually looked like a well stocked clothing store. These tangible expressions of love and encouragement from the Lord Jesus through the wives to those European pastors and wives made the ICR ministry very special. Cathy would not acknowledge her role in this vital ministry, but it was her vision and initial planning which set all of it in motion. All glory for the fruit belongs to the Lord Jesus Christ who made it all possible.