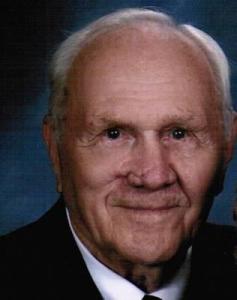 While having lunch recently with a pastor whom I had previously met, I mentioned to him in our initial greetings Cathy and I moved to Branson from Fayetteville, Arkansas, and  I was an Arkansas native. Since I have been an Arkansas Razorback fan for life, he asked if I had ever heard of Frank Fischel who was an All Southwest Conference football player at Arkansas in the late 1940’s and early 1950’s. He said Frank had lived for over 20 years in Crane, Missouri where he had known him, and Frank was a great Christian witness and his best deacon at the First Baptist Church of Crane. He wasn’t too surprised I had heard of him because he was such a great football player at Arkansas, but was shocked when I said I had known him well.

Frank Fischel was an assistant football coach at El Dorado High School when I was a student from 1954 to 1957. He was never my coach since I only played basketball and tennis in high school. One day at a basketball practice, Coach Fischel was watching us scrimmage, and at the end of the practice he asked if I was the younger brother of Berry Moore. When I responded I was, he said he was a little surprised I wasn’t playing football instead of basketball. He could see I was tall and skinny and not even close to the weight of Berry Lee (Bubba) when he was a high school All American football player at El Dorado High. Coach Fischel then told me about the day he first met Bubba on the Razorback practice field when he (Coach) was a freshman and Bubba was a sophomore.

Frank was born and raised in Helena, Arkansas where he was known as a local hero. During the early years of America’s involvement in World War II, he wanted to serve his country despite the fact he was under-aged. He convinced the Army recruiter he was 17 years old and enlisted, when in fact he was only 15 1/2 years old. He served in the Pacific Theater flying a torpedo bomber and was involved in the historic battle of Guadalcanal. Upon returning from the war to Helena as a high school student, he became a high school All American in football. He was recruited by many major colleges but chose the University of Arkansas to begin his illustrious Razorback career in 1946.

Coach Fischel said when he arrived in Fayetteville to play football, he considered himself to be the strongest, meanest and simply the best football player on the campus. This was before he had seen the other players on the team or taken the first snap of the football. He didn’t say it, but I presume his life-endangering experiences during World War II, which few if any other players shared, added to his inflated self-image and bravado.

On the very first play from scrimmage he was playing defense and lined up opposite the offensive tackle whom he heard was named Berry Moore. Coach remembered, “this guy didn’t look like much of a player, especially since he was wearing plastic-rimmed glasses.” He said I looked over at him and told him, “I’m gona’ run over you and kill you on this play.” When the ball was snapped, Coach said he instantly lost consciousness, and the next thing he remembered was having the assistant coaches at his side trying to remove his helmut and mopping the sweat off his brow. When he groggilly asked what happened, he was told, “Moore caught you with an elbow!” Coach said my brother hit him with his right elbow so fast he never saw it coming, and the force was so great he received a concussion. He followed by saying he played football at Arkansas for 4 years and had a brief stint in the pros, and was never again hit with a blow like that. He also said from that point on he gave Berry Moore a “lot of space.”

I discovered Frank Fischel set aside a professional football career to re-enter the military as an Army officer to serve honorably in the Korean War. On returning from that conflict he completed his training to begin working in various coaching positions throughout Arkansas. After he received a Master’s Degree in Administration, he moved his family to Missouri to continue his 30 year career in teaching and administration. He finished his journey in Crane where he is remembered as a wonderful man, great teacher and encourager and exemplary husband, father and grandfather. He died in Crane in 2013 having lived 86 years.

I wish I had known he was living in Crane since it is so close to Branson. We would have had a wonderful time re-living those times and experiences in El Dorado, and I could have gained so much from his wisdom and Christian fervor. I also wish he could have known Bubba as an adult and an equally fervent believer. They would have instantly bonded again and been inspirations to each other. I feel confident, however; despite Bubba’s quiet and gentle nature, Frank would have kept his eye on Bubba’s right elbow!