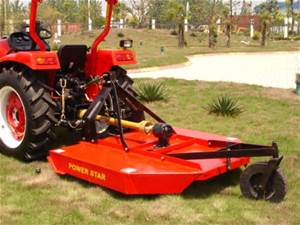 In the course of my surgical practice in El Dorado for 30 years I was able to treat some of the most unusual and interesting injuries occurring to my patients. Many of the injuries were the result of automobile accidents in which the injured person was responsible for the wreck because of reckless driving or alcohol use. Cases involving gunshot or knife injuries seldom had an innocent party. It seemed at the time every weekend I was on call to the emergency room there was at least a serious automobile wreck with critical injuries, or an incident involving a gunshot or stabbing injury. One critical injury I treated was neither of these types and was one of the most devastating injuries I ever treated. It involved an individual who was innocently walking down a county road with no automobiles in sight when he was suddenly struck down by an initially unknown object.

I was called to the ER one Saturday afternoon with the ER nurse telling me a middle-aged man had been brought in with a severe penetrating injury to his left groin. I asked if the wound was a stab wound or a gunshot wound, and she said, “Neither.” “Something had to penetrate the leg, so perhaps it could have been a stray bullet that caused the wound?” I asked. “I don’t think so”, she said, “but the wound is a serious one with lots of swelling at the site of entrance and color change in the surrounding tissue.” “I’ll be right out”, I told her.

Upon arrival in the ER I found the man in considerable pain with a 2 inch diameter rounded entrance wound high in the left groin with considerable swelling in the surrounding area of the thigh. I couldn’t palpate a pulse because of the swelling and the Doppler evaluation was inconclusive for a good femoral artery blood flow. It was obvious he needed an immediate operation  to repair the damaged artery and vein in order to restore circulation to his leg so we set in motion the steps to call out the emergency operating team. In the meantime we obtained the necessary lab tests for an operation and arranged for the blood bank to have at least 2 units of blood available in case further blood loss was excessive. I ordered an x-ray of the injury site to look for the foreign object.

While the preliminary tests were being done I questioned him further regarding the nature and cause of the injury. He again said he was walking alone down the county road going to a near-by residence when he suddenly collapsed noting intense pain in his groin. I asked  if anyone else was close-by, and he said, “There was a man bush-hogging the property on the side of the road on which I was walking.” We were then certain the bush hog was the cause of the injury.

Years earlier while in surgical training in New Orleans I treated a lady with a sudden lung collapse. She was seated on her porch watching her husband mowing her yard when she felt a sudden pain in her chest and developed extreme shortness of breath. A chest x-ray demonstrated a collapsed lung and what appeared to be a piece of coat hanger in her chest cavity. The lawn mower had passed over the metal and throw it like a missile into her chest wall. A chest tube was immediately placed and her lung quickly inflated.

Prior to moving the current patient to the operating room I decided to quickly look at the x-ray and was stunned by the finding. There had indeed been a large foreign object thrown into his leg and it was still lodged in the soft tissue. In addition to causing considerable damage to the large blood vessels of the upper thigh, the missile severely damaged the hip joint.

I called Dr. John Giller who was the orthopedist on call, and he came to the ER to evaluate the damage to the bones and the hip joint. His conclusion was the joint could not be repaired with a replacement because of the extensiveness of the injury, and the only option was amputation of the limb at the hip level. Needless to say this was quite a shock to the patient and to our entire OR crew, but we proceeded to the OR to complete the necessary operation. The patient recovered well with no post operative complications, and as soon as he was able was begun on physical rehabilitation and eventually fitted for a prosthetic device for his left leg.

Accidents and severe injuries are sudden, life altering and occasionally deadly. This one was one of the more unusual I treated in my years as a trauma surgeon. The patient survived but his life was changed in an instant. I never drive past a bush hog working in a field I don’t think how that piece of machinery can discharge a missile every bit as deadly as a bullet. I try to get past it as quickly as possible. 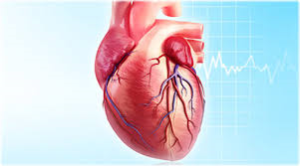 For the past 4+ months I have taken a leave from writing on the blog because of issues with my heart. I began having heart symptoms in July, 2016 which I recognized as myocardial ischemia (lack of blood flow to the heart muscle) and an irregular heart beat later diagnosed as atrial fibrillation. Cathy and I spent the next 5 months driving back and forth to Fayetteville, AR for a complete heart evaluation coordinated by Dr. David Churchill at the Walker Heart Center. The conclusion was I needed a coronary artery by-pass and what is called a Maze procedure for the fibrillation problem.

Without going into many more details, I had the operation done in Fayetteville by Dr. James Counce on December 1. For the past 2 months I have been in the process of recovering from a very successful operation. It has been a slower recovery than I expected, but I am now in a cardiac rehabilitation program here in Branson for the next 2 months.

I have so much for which to be grateful, but Cathy and I have felt the sovereign hand of our mighty God throughout these long months. There has been no fear of death or complications, and for that I praise Him and His hand of assurance. My Cathy has cared for me night and day without impatience or complaints, and our love and commitment to each other has deepened as a result of this trial. Our children and grandchildren have loved and supported us in so many ways, and we believe this journey has brought us closer together. So many other family members and friends have prayed, called, brought many delicious meals, sent text messages, emails, as well as cards and letters. We are so grateful and humbled for every expression of love and concern.

I believe God has spared me to continue the ministry Cathy and I have shared these past 5 years since my retirement from the practice of medicine. I purpose to allow God to widen our borders and be available for wherever He leads. I will be writing about some of the lessons God has been teaching us through this interval, and want to say to you how thankful I am for your interest in this blog, and the many wonderful comments you have sent. In all of this may God be praised and receive all the glory!