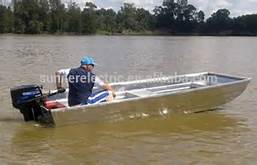 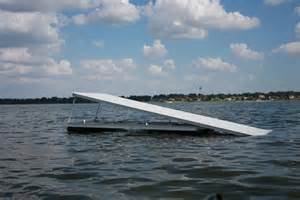 Calion Lake is well-known to South Arkansans but is little known to folks outside of the area. Perhaps the reason is because the lake is relatively small and there is not much room for anything but fishing. Over the past 40-50 years bass fishing which attracts many fishermen has not been very good in the lake so Calion Lake is not on the radar of the serious bass fisherman. The lake is only 10 miles north of El Dorado, and because it is so convenient to the locals it is the recreational spot for many. At different seasons bream fishing is very good,and I have heard from some that white perch fishing is also good.

During the years I was a teen and always looking for something new and exciting Calion Lake presented an option. Water skiing didn’t sound too exciting because there were lots of stumps in the water and the lake was not wide nor long enough to ski for very long stretches without having to turn around. Also at the time none of my good buddies had one of those sleek and speedy ski boats so it seemed skiing on Calion or any lake was not an option

My closest friend was Eric Richardson and the two of us spent many hours during the summer months camping, hunting in the woods and fishing on the Ouachita River with its’ sloughs and tributaries. Many times I had no idea where we were, but I depended on Eric and his knowledge and expertise to keep us from getting lost or in serious trouble. GPS technology had not been developed so knowledge of the rivers, lakes and large tracts of land were very important.

Although Eric did not have a ski boat like a few of our wealthier friends he had a very nice flat bottom aluminum boat with a 18 hp Evinrude with which we safely and quickly navigated the waterways. We had considered giving a try at water-skiing behind his boat but had never acted on it until one beautiful Saturday morning when the weather was perfect. The closest lake for excellent skiing was D’Arbonne Lake in Farmerville, Louisiana, but it was at least an hours drive away, and Calion seemed like a very good option for our initial skiing adventure. We had heard most if not all of the stumps in the middle of the lake had been removed which made if safer and easier to maneuver in tight turns. In addition we heard a ski jump had been added in the middle of the lake for the real adventuresome skier, but that option was completely off the table for us. There was a story which circulated regarding the ski jump which Frank Thibault Jr. had attempted going over while skiing bare-foot. Frank who was a year younger than us was well-known for some of his antics, and the story didn’t surprise us. I never checked with Frank to verify the story, but we believed it to be true.

Eric’s next door neighbor, Jimmy Moody was with us that morning, and although he was a bit reluctant at first, he was in complete agreement with our plan. Jimmy had friends with nicer ski rigs so he was a more accomplished skier than either Eric or me. In those teen years we were each skinny and didn’t believe our individual weights were too great to prevent the relatively small motor from pulling us behind the boat. When we arrived at Calion we launched the boat with ease. Neither Eric nor I had any experience skiing with a single ski, and although I remember Jimmy knew how to ski with a single, we believed the motor was not powerful enough to pull an even skinny skier on a single.

I remember only one or two other boats with skiers that morning, but we still were going to be cautious and conservative because of the small size of Calion. There would certainly be no attempts at going over the ski jump! None of the three of us were as brave as Frank Thibault, and skiing bare-foot was totally out of the question.

Jimmy went first since he was the “expert,” and with Eric driving the boat and me as spotter Jimmy was successfully pulled up on the skis. What great fun it was that morning with the wind in our faces, the sun on our backs and flying along at about 10-15 mph! Despite our small size the speed generated at full throttle was barely enough to keep us up on skis. No matter–we were successfully skiing despite the fact we looked the part of three rednecks skiing behind a fishing boat!

I was next and was able to get upright on the my first attempt. I made a couple of rounds on the lake, even though I was pretty sure Eric was making more turns than necessary trying to get me to fall. Eric was mischievous enough to do that. When it came Eric’s turn to ski I was the appointed driver. I had previous experience with the boat and motor from many of our fishing and camping outings.

I got Eric up on skis on the first attempt and things were going smoothly as I made a couple of good turns, and Eric stayed up. What happened next is a little blurred, but here is my recollection. The motor began to sputter while losing power and speed. As we slowed Eric sank into the water about 12-15 feet behind the boat. With Jimmy in the front I began pulling on the rope crank to restart the engine while Eric remained in his position behind the boat. I assume a spark from the ignition and a little spilled fuel in the bottom of the boat were the culprits, but a rather large fire ignited in the floor of the boat very near the large gas can! Jimmy would have no part of a possible rescue attempt, so he dove in the water swimming as fast as possible to get some separation before the expected explosion. I figured since I was now captain of the ship I had to at least try to save the boat. There was a lot of screaming and shouting while Eric used the ski rope to pull the boat closer. Without climbing into the boat he was able to reach the gas connect from the motor to the gas can and we moved the gas can as far away from the flame as possible. We were able to extinguish the fire with water from the lake while stability and more calmness was restored. Jimmy was staying afloat about 10 feet from the boat and swam back with the fire now put out out. A near-by boat of skiers was watching this scene and came over pull us back to shore. We were glad we had a boat left to pull.

We never blamed Jimmy for abandoning the boat when he saw the flames; in fact I was about ready to dive into the water with him when Eric came to the rescue. I believe his fear of losing his boat and motor gave him the extra motivation to attempt the rescue. We were all glad he did. The boat and motor survived to run once again but were never used for skiing to my knowledge. Besides within a year or so we had all gained weight!

2 thoughts on “Water-Skiing On Calion Lake”