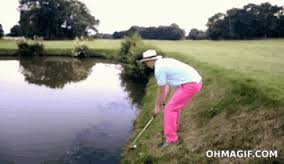 Getting Out of a Hazard

Brother Bill Stafford has made a significant spiritual impact on Cathy and me as a result of our friendship over the past thirty years. As President of The International Congress on Revival he gave us the opportunity for involvement in this ministry for  many of those years. The Congress (ICR) was established by evangelist Manley Beasley in the late 1970’s in an effort to bring revival into the hearts of pastors and their wives in eastern Europe. This was several years before the lifting of the Iron Curtain. When Brother Manley departed this life in 1990 the leadership of the organization was passed to Brother Bill, and our prior friendship with him sparked our beginning involvement with ICR.

Brother Bill’s personal ministry as an evangelist over a span of nearly sixty years was extensive and at times physically exhausting. He would preach as many as sixty evangelistic meetings per year and most of these meetings lasted four days from Sunday morning through Wednesday evening. He often set aside several days every three or four months to rest and recuperate. He had very few hobbies outside of regular jogging each morning in the early hours, but occasionally would play a round of golf with one of his friends if the opportunity arose. Despite having some other athletic skills golfing for Brother Bill was neither a priority nor a game he cared much about. It was all about emotional rest and sunshine.

Skeet May from Memphis, Tennessee had been a close friend of Brother Bill’s for many years and occasionally he and his wife invited Bill and wife Sue to stay in their home when they were travelling in the Memphis area. Skeet was a very close friend of Brother Manley and was an original board member of ICR, so when Brother Bill assumed the leadership Skeet helped him make the transition.

Brother Bill was in Memphis preaching a meeting, and when the meeting was over Skeet invited him to stay over for a few days to just relax and unwind from his demanding schedule. One of those days it was suggested they play a round of golf at a local municipal course. Both agreed they would not discuss ministry, preaching or any problems related to either. They both committed to enjoying the sunshine, the beauty of the course and the temporary freedom from their usual pressures.

After playing the first five holes they noted there were two men close behind who were riding in a golf cart while Bill and Skeet were walking and pulling their carts. (Most golf courses now require players to use motorized carts to speed up play). They also noted the two were laughing, telling off-color jokes, drinking beer and obviously showing no interest in spiritual things. Bill and Skeet waited at the sixth tee box to allow the two men to play through since they were moving faster, but the two revelers insisted they play together as a four-some. They introduced themselves by only their first names and said nothing else about themselves personally. The two strangers continued their profane joke telling and beer drinking, and Brother Bill said the two who were “pretty good golfers” were obviously enjoying their time on the course.

After playing several holes together their conversation with each other centered only on the course and the difficulties the hazards presented. Brother Bill said he began really feeling guilty about not making any attempt to speak to the men about the Lord since they seemed spiritually lost with no apparent interest. Shortly one of the men turned to Brother Bill and asked, “Are you a preacher?” Bill was taken aback since there had been no words spoken about their professions. Bill answered, “Well yes, as a matter of fact I am a preacher. Do I look like a preacher?” The man retorted, “No, not especially. I suspected you must be a preacher because anyone who plays golf as bad as you and doesn’t cuss, just has to be a preacher!”

Bill said during the remainder of the round the conversation was quite different, and both he and Skeet had the opportunity to share their testimonies and give a good witness for the Lord Jesus. Neither of the other men were saved that day, but they certainly heard the good news of Jesus telling them He  will save them if they would turn their hearts toward Him! Jesus commands us as believers  to be witnesses for Him wherever we are, even on a golf course and especially when we are playing badly!

1 thought on “The Witness of Brother Bill’s Golf Game”