As a young man having just received his M.D. degree from the University of Arkansas in June, 1964 I set out for Atlanta, Georgia for my internship at Grady Memorial Hospital. I had no idea the events over the next 12 months would alter my life forever.

The University of Arkansas Medical School in Little Rock is a good school but is relatively small in patient numbers, and I was looking for a larger training facility with many more thousand patient visits annually. One of my top choices was Cook County Hospital in Chicago, Illinois, but fortunately my visit there was in December.  I immediately knew I couldn’t tolerate the extreme winter weather conditions of Chicago, so I opted for the more moderate climate of Atlanta. In a few months following my arrival in Atlanta on July 1, 1964 I would discover the wisdom of my choice.

One of my best friends throughout college and medical school was Dan Moore, and he also decided to train at Grady (known locally as “the Gradies”) in Atlanta. Dan had been married for several years, and his wife Marsha got a job teaching at an elementary school in DeKalb county. After a month or so she began telling me about “a beautiful girl with whom she taught school”, trying to convince me she would be a good match for me. Marsha was always trying to find a date for me, so I put off pursuing her latest prospect. After about a month of prodding with no response from me, she said she was giving up on me and recommending this individual as a date for my pediatrician roommate. I reluctantly agreed to go on a double date with the Moore’s. When I went to her apartment door to meet her, and she identified herself as “Cathy Young” I was immediately taken by her beauty and charm. I also was amazed she had agreed to go out on a date with me! Marsha had been telling her nice things about me which probably weren’t all true. Our first date in August, 1964 was to a well-known pub for young people which I soon discovered was not to her liking. Our second date was to church! I was doing all I could to impress her. We continued dating over the next month, and I became more and more convinced Cathy was the perfect one for me. In November, 1964 I proposed marriage to her, and she accepted!

There were two major obstacles for our setting an exact wedding date. At the completion of my internship in July, 1965 I had to be accepted into a four year surgical training program and then get a deferment for four years from active duty in the Air Force. The war in Vietnam was escalating in 1965, and the military was commissioning all doctors into service unless they were in an advanced specialty training program. Fortunately I was accepted into the L.S.U. Surgical program at Charity Hospital in New Orleans, and within a month I received a Berry Plan Deferment for four years. We set the wedding date for August 7, 1965 which was one month after beginning my surgical training in New Orleans.

Our wedding was beautiful and especially meaningful because Cathy’s Dad, George Young who was a premier building contractor in Fort Lauderdale had just completely remodeled Park Temple Methodist Church. Our wedding was the first event in this gorgeous church. I was in such a groom’s state of mind I don’t remember much of the actual ceremony. I do know I had the words “Thee I Love” inscribed in her wedding band, and I promised to love her unconditionally until death separated us. Our honeymoon was simply a two day’s driving trip to our new apartment in New Orleans with a few scheduled stops along the way. On my Intern’s salary of $175 per month, we didn’t have any surplus cash for a more elaborate trip.

Out first home was in the Bissonet Plaza Apartments in Metairie, Louisiana which was a 25 minute’s drive from Charity Hospital. Cathy got a job teaching fifth graders in an elementary school in nearby Kenner, and her income was our primary financial source since my salary at Charity Hospital was so meager. On our one month anniversary date Hurricane Betsy hit New Orleans, and I have included two following stories of this harrowing experience.

We had many memorable experiences from our four New Orleans years, but none surpass the birth of our first child, John Aaron born on July 7, 1967. At the time we lived in a subdivision called Delmont Village on the West Bank in Algiers, and two of our neighbors and close friends were John and Jean Boyd. They were a retired couple in their 60’s from upstate New York, and they became surrogate parents for us in addition to being wonderful friends.

Our next move was in 1969 when I went on active duty in the Medical Corps of the  Air Force, and we were stationed at Moody Air Force Base in Valdosta, Georgia. I was the only surgeon assigned to the hospital which gave me the freedom to set my own schedule and have an independence very close to a private practice situation. During those two years the most significant event was the birth of our second child, Mary Katharine (Mary Kay) on February 10, 1970. I have written an account of her birth (A Birthing at Moody Air Force Base Hospital). We lived in town rather than on the Air Force base, and our neighborhood was filled with lots of kids and playmates for our children. We decided early on when we began having children Cathy would stop teaching school and stay at home with our children. The additional income I received from the Air Force of a major’s salary allowed us such a luxury.

While in South Georgia an additional family benefit was the freedom to travel the six hours  down Interstate 75 to Cathy’s family home in Fort Lauderdale, Florida. It was such a blessing for all of us during those years to spend time with all of Cathy’s family, including her Dad and Mom, her brother George, his wife Dawn and their 2 children Jenifer and George. Cathy’s sister Nancy and son Clay lived in central Florida, and we were able to spend some time with them also. I was fortunate to have been permanently stationed at Moody Air Force Base the entire two years of active duty since the Vietnam War was in full force. Many of my friends and medical colleagues were sent to the front lines to provide care for the wounded.

When I was discharged from active duty in the Air Force in August, 1971, Cathy and I made the decision to move to El Dorado, Arkansas to establish our home. We decided I should begin my surgical practice in partnership with my brother Berry Lee who had been a Family Doctor in El Dorado since 1957. I would like to say we had spent many hours in prayer trying to decide our next steps, but we were only occasional church attenders and not believers in the Lord Jesus Christ. We had spent many hours discussing the pros and cons of life in El Dorado, but prayer was not the central focus of our decision-making process at the time. It was seven years later in El Dorado when we found new life and purpose when the Lord Jesus Christ changed us. 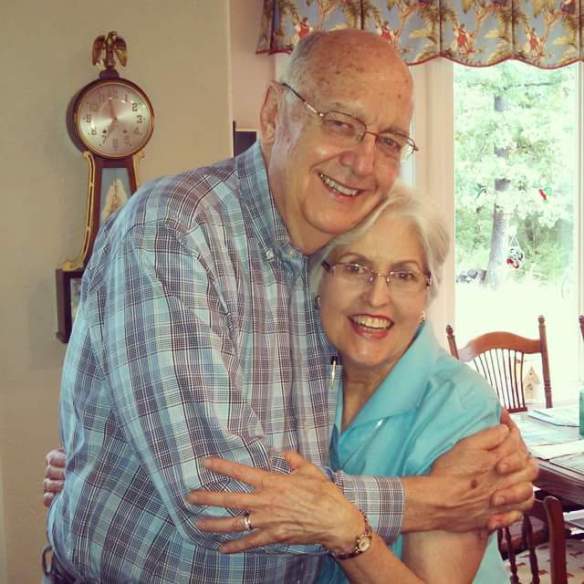