Disclaimer: The following account is true but the names of the man and his wife have been changed, because they have both died and it was not possible to obtain their permission to publish this account of their courtship. I have used this story numerous times in couple’s counselling sessions to illustrate the protective influence of a father’s love for his daughter.

Andy Jameison was a colorful character who lived and raised his family in El Dorado, Arkansas. I got to know him when Cathy and I moved our family to El Dorado in the early 1970’s to begin my medical practice. Andy was an agent with a local company with whom I had a business relationship, and I was familiar with most of the personnel in the company. One of my best friends was a company agent, and it was through him I developed a friendship with Andy.

Andy and wife Norrine had several children and their oldest son Joe was several years behind me in high school in the 1950’s. Although at the time I did know Joe, I didn’t know anything about his parents except their names were “Mr.and Mrs. Jameison.”

One day in the late 1970’s during a casual conversation with Andy he asked me how and where I had met Cathy, because he knew she was born and raised in Fort Lauderdale, Florida. Following the account of my courtship with Cathy, I asked him about his heritage and how he had met Norrine. This is my recollection of his account of his courtship and subsequent marriage to her;

“Norrine came from a farming family in eastern Arkansas, and her father was a hard-working cotton farmer with darkly tanned skin and thick callused hands. He was a tall slender man who didn’t talk much, but when he did speak everyone stopped and listened. He loved his wife and children and provided as well for them as any Arkansas farmer could during the lean years of the Great Depression. I was a big city boy from the North and had lots of worldly experience, but recognized a good family with a beautiful girl raised in that environment. I had no prior experience with the culture of farming, but I quickly learned to appreciate the importance of daily hard work, and the protection of a loving father with his children and especially a daughter.

On my second date with Norrine she met me at the front door, and said her Dad wanted to talk with me. I had met him briefly prior to our first date, but had no significant conversation with him then. She said he was back in the kitchen. As I walked through the door into the kitchen I saw he was seated at the table facing the door, and there was one other chair directly across from him. I immediately noticed a very large pistol lying on the table and pointed toward the place where I sat down. Without any introductory remarks, he asked me “How do you like my pistol?” All I knew to say was, “It is a very nice looking pistol!” He said, “Pick it up and see what you think.” As I raised the pistol, I immediately noticed how heavy it was and even for a large man like myself was difficult to hold up for very long. He asked, “Do you think you could hit anything with it?” I said, “I could probably hit a large building like the barn outside with it!” while nervously chuckling. He picked up the pistol and in a slow sweeping motion of pointing the weapon around the walls of the room, he brought the barrel down between my eyes and said, “I can hit a fly on the wall with this pistol.” He left the pistol pointed at me for another second, and then placed it back on the table still pointed in my direction. Without even being subtle, he said he just wanted me to see his pistol before going out on the date with Norrine. I said something like, “I’ll make sure Norrine is safe, and I’ll be sure to protect her.” Andy told me, “If my intentions toward Norrine had not been honorable up to this point, they surely were from then on!”

Following a courtship over the following year, Andy and Norrine were married with the full permission and blessing of her father. World War II was imminent just prior to the events of Pearl Harbour, and Andy had avoided the draft by enlisting in the Navy. Following a brief honeymoon he received orders to report to the Naval base in San Diego, and they made preparations to move there. Although Andy would likely be shipped out of San Diego for duty in the Pacific, Norrine would remain in the apartment in San Diego awaiting his shore leave whenever that might occur. Norrine’s Dad wanted her to have as much protection as possible, especially during his deployment. To assure maximum protection for her, he gave her his long-barreled pistol and a supply of ammunition. Andy said when they got to San Diego and were settled, he placed the pistol on a shelf in a closet where it remained the entire time of their residence. He said the pistol was so heavy there was no way Norrine could lift it to even fire a shot! But at the very least, her Dad had done all he could to protect her.

In recalling this account to various couples with children, I am always struck by the importance of all parents, and especially Dad’s for protecting their children. In an age where predators and evil men seem to be in abundance, a strong and fearless Dad is a major deterrence to anyone with wrong intentions to harm his family. Norrine’s Dad was her protector until she married Andy, and then provided her with a “little” assistance when Andy was absent from the home. I believe this is God’s way! (Prov. 4: 1-4) 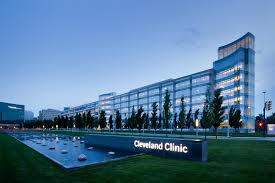 During my years as a general surgeon the Cleveland Clinic had the best reputation in the country for colorectal surgery and numerous scientific papers were published by their staff. The hospital excelled in other areas, but I was not as familiar with them. When I began having my own issues with heart disease I became more aware the Cleveland Clinic had the reputation of being one of the best centers for cardiac surgery and in particular valvular heart disease. Their surgeons are on the cutting edge of minimally invasive valvular replacement and repair. Fortunately I have not had problems with my heart valves.

Our son John Aaron who has been extremely healthy and aerobically fit has developed recent heart issues with a diminished exercise tolerance. He has been receiving excellent care from his primary care physician in El Dorado, but decided to have an evaluation at The Arkansas Heart Hospital in Little Rock. One of the founders of the hospital is Dr. Bruce Murphy a distinguished cardiologist for many years and whose roots are in El Dorado. His father Rev. Bruce Murphy was Pastor for many years of Second Baptist Church and has been a wonderful friend and encourager, especially during the 30 years Cathy and I lived in El Dorado. Dr. Murphy’s responsibilities now are administrative, but he took a personal interest in John’s care which I very much appreciated.

Following initial evaluation by his cardiologist and followup several months later at Arkansas Heart Hospital John and wife Gina were told he had significant valvular heart disease. The problem primarily involving a “leaking” aortic valve, and the aortic regurgitation (blood back-flowing into the heart) was becoming worse. At the advice of his cardiologist and concurrence by Dr. Murphy, an appointment was made with Dr. Edward Soltesz at the Cleveland Clinic. Dr. Murphy said in his opinion  Dr. Soltesz was the best cardio-thoracic surgeon in the country and his sub-specialty was valvular heart problems. John and Gina were convinced the heart problem would require immediate repair, and with all their responsibilities including John’s leadership at Murphy USA as Senior Vice-President, the sooner he had the procedure the more quickly he could return to a more normal life-style. The appointment at Cleveland Clinic had to be postponed for 2 weeks because Dr. Soltesz was on vacation with his family. The appointment for pre-op evaluation was made for Monday July 30 and the operation was scheduled for the following morning.

Cathy and I were planning to be in Cleveland for the operation and remain until John was ready to come home. We made our airline reservations to arrive in Cleveland on the day prior to operation, and return home 3 days later depending on his post-operative condition. Delta Airlines was very gracious to sell us a “medical ticket” which allowed for cancellation of the reservation or extension to a later date depending on the medical condition of an immediate family member. We were able to purchase a similar ticket for our daughters, Mary Kay and Ginny so they could be present for their brother’s procedure.

The four of us were en route to Cleveland while John was receiving his pre-operative evaluation. Following the testing done at the Cleveland Clinic, John and Gina met with Dr. Soltesz and the cardiologist, Dr. Leonardo Rodriguez. They were extremely impressed with their doctors’ knowledge and their personalized care and concern. They were not in a hurry to fully explain John’s condition and prognosis, and made John and Gina believe they would patiently answer any question they might have. These are qualities not often seen in doctors in such large medical centers.

The joint recommendations of the two physicians was John would need to have aortic valvular replacement at some point in the future, but it was not needed at the present time. With evolving technology in minimally invasive surgery by the time John will need an operation, perhaps it can be done by means of a catheter through a peripheral artery!

When we arrived at the airport in Cleveland around 5 PM, I received a phone call from John telling me the good news they had just received. Our only regret at this point was having not received the news about 6 hours earlier before boarding the plane in Springfield. So we proceeded to the Intercontinental Hotel where the 4 of us met John, Gina and Landon, their youngest son for a celebration meal at the restaurant. That evening we all changed our airline reservations to return home the following morning.

We didn’t experience or see very much of Cleveland nor of the famed Cleveland Clinic. As we returned home the following day we thanked God for His provision for us, and for placing our son John into the skilled hands of the heart doctors of world-famous Cleveland Clinic. It was an expensive 2 day outing, but well-worth the cost.