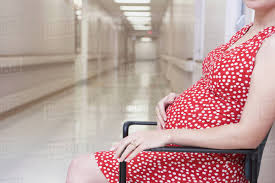 After becoming believers in the late 1970’s Cathy and I heard many stories of great faith from The First Baptist Church of Dallas, Texas under the leadership of Dr. W.A. Criswell. We occasionally visited Dallas for various reasons, but were never in a position to attend a worship service there together. The opportunity to attend worship there opened to me in a very unusual way.

In the mid 1980’s our son John Aaron and I had the opportunity to travel to Dallas with my friend, Gary Hegi and two sons to attend a Dallas Maverick basketball game. They were playing the Milwaukee Bucks, and our favorite former Razorback player Sidney Moncrief was the star of the Bucks. Our friend Gary Braswell who lived in Dallas obtained the tickets for us to all go together, and he brought his son with him to the game. One of the things I remember about the game was our seats were so high in the upper deck I couldn’t even make out the numbers on the player’s shirts. I had to pick out which one was Sidney by the way he was playing and the fact he was the star and scoring leader of the team. I do remember the Bucks won the game, but don’t remember anything else about the game statistics. It was just fun to all be together for this father-son outing in Dallas. Our hotel reservations were at the Wyndham Hotel, and this was an added treat because it is such a beautiful hotel with outstanding amenities.

The game was over late Saturday night, and we all stayed up late into the early morning hours of Sunday. Our plan was to have a late lunch and then travel back to El Dorado in mid-afternoon. As was my usual routine I awakened by 5 A.M. and prepared myself some coffee in the room John Aaron and I shared. During my quiet time meditation I thought it would be fun if all of us would attend worship at First Baptist Dallas, but this had not been a part of our initial plans for this Dallas trip. I discovered there was a 10 A.M. worship service which would be perfect for us so we could have lunch at the usual time and still leave Dallas at our appointed time.

At approximately 8 A.M. I began making my plans known to everyone, but they fell on very sleepy ears. No one wanted to go to church on this day and especially at such an early hour for them. I also considered staying at the hotel with everyone, but the more I thought about it this was an excellent opportunity for me to hear Dr. Criswell preach. I started getting ready, and decided it would be easier to get a taxi and be taken directly to the church without having to worry about directions, traffic and parking.

I left the hotel at approximately 8:45 in order to have plenty of time to look around the church and perhaps get an opportunity to meet Dr. Criswell. When I arrived there was a worship service in progress so I had enough wait time to walk around the church campus in a brief and informal tour. The church was extremely impressive in its’ size and obvious place in Southern Baptist church history.

I decided to sit near the back and close to an exit door so I wouldn’t get caught in a traffic jam at service end time, and then be able to quickly catch a cab back to the hotel. Dr. Criswell announced his sermon had twelve points, and he had only been able to get to 8 of them during the earlier service. He was determined during this hour to “get to all twelve points!” There were lots of “Amens” when he said it and not too many groans, so I settled in for a long but exciting sermon.

About midway through his sermon I noted some unusual activity by several people in a pew to my left and about four rows ahead. Two people were standing and seemingly ministering to another individual. This activity continued for at least a minute when I saw the person to whom they were ministering. It was a woman who was approximately thirty years old and obviously pregnant and appearing near term. The people assisted her in standing up and with great effort helped her walk to the exit door which was directly behind me. As she passed I could tell she was in distress and close to fainting, but Dr. Criswell who saw what was happening kept on preaching his twelve point sermon.

As they exited the door I decided to offer my assistance, because the people with her had a confused and distraught look. Just as I exited the door a man who was a deacon came through the door toward me and with a wide-eyed look asked, “Are you a doctor?” When I said I was he said, “She’s about to have a baby!” They had her sitting in a chair in the foyer of this side entrance and were holding her up so she wouldn’t slide out onto the floor. This deacon was grateful to turn her care over to me since obstetrical care had not been part of his orientation. I have to admit my excitement at this point thinking I am going to deliver a baby right here in the hall of First Baptist Church, even before Dr. Criswell finished the twelve points of his sermon!

After I asked her a few questions and did a brief abdominal exam I determined she was in the early stages of labor in her second pregnancy. She acknowledged she thought it would be at least another hour before she delivered giving us enough time to get an ambulance to the church. The ambulance was called, and I remained with her to calm her until they arrived about ten minutes later. I was relieved in one respect for the lady’s safety but disappointed to have not been part of the first delivery at First Baptist Dallas, not the sinful kind but the obstetrical. I couldn’t wait to get back to the hotel to tell the guys what they missed while they slept. I really don’t think they were impressed, nor sorry they had not gone with me.