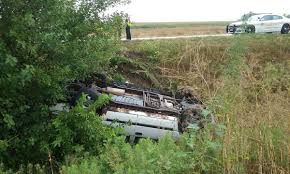 When our 2 daughters were in their teen years I really wanted to be as involved in their lives as I possibly could. I well understood some of the stresses and anxieties of teen years, but had some difficulty in relating to teen-aged girls. My sister Marilyn was 3 years older. and if she had any teen related problems she surely didn’t share them with me. I was pretty much clueless to the doubts, fears, insecurities, self-image anxieties, boy friend concerns, hormone changes and just plain understanding the mind of a teen-aged girl! Cathy was great in her understanding and sympathetic leadership of Mary Kay and Ginny, but she had problems transferring that wisdom to me. It was not I was a slow learner, but I thought somehow the medical knowledge I learned in medical school regarding medical and psychological problems prepared me to be a good Dad to teenagers. It didn’t.

On one particular week-end I thought it would be fun to accompany Cathy, Mary Kay and Ginny on a shopping trip to Monroe, Louisiana. There was a great new shopping mall on Interstate 20 called Pecanland Mall which had opened in 1985, and it quickly became a favorite of ours. The road from El Dorado to Monroe was narrow and curvy, but the trip usually took an hour and a half whereas the trip to Little Rock always took 2+ hours. I don’t remember where John was that particular week-end but he didn’t make this trip with us.

We had made the trip to Monroe many times, and I was familiar with the various curves and unevenness in the road. From Farmerville, Louisiana south towards Monroe there are some steep hills which prevent viewing oncoming traffic until they are right upon you, so I always was cautious and payed extra close attention when approaching those hills. At one particular hill a passenger car with several children riding with parents was approaching me and a single passenger car pulled into my lane to pass. I told our girls I was pulling onto the shoulder hoping there was enough room to avoid a head-on collision. At exactly that time the driver saw us and jerked his car back behind the car ahead of him causing him to start fish-tailing, just as I passed over the crest of the hill. All I saw in my rear view mirror was a cloud of dirt and rocks. I knew he had crashed his vehicle and told our girls we were going back, so I made a quick U-turn. Fortunately there were no other vehicles on the road anywhere near us.

As I came back over the hill I saw the errant driver’s car had run down into a ditch, had overturned and was smoking with the wheels still turning. Our older daughter Mary Kay screamed, “We need to get a doctor, we need to get a doctor!” Cathy turned in her seat, faced Mary Kay and said, “Your Daddy IS a doctor!” Mary Kay said, “Oh yeh.” When I pulled to a stop as far off the narrow highway as possible, our other daughter Ginny screamed, “It’s gona’ blow up, it’s gona’ blow up!” I was pretty sure that was not going to happen. The car was lying in a huge briar patch, and when I got down the hill and navigated through the briar patch, I found the driver sitting propped up against the frame of the car. He was dazed but had no obvious external wounds apart from scrapes and bruises. He was a late middle-aged Black American wearing a vested suit with a tie. I noted on the interior roof of his overturned car was a pistol, and I assumed it had been on the seat of the car when it overturned.

When I asked the driver what happened he groggily said, “Somebody ran me off the road.” I told him he had better get his story straight, because his reckless driving and attempt to pass with a double yellow line in his lane caused him to run off the highway. He said he was in a hurry to attend a funeral in Ruston, Louisiana (about 40 miles away) and he was running about 30 minutes late. I told him he would be attending his own funeral the way he was driving. Within 15 minutes a local sheriff’s deputy arrived, and I was able to give him an account of the details of the accident. I had an idea there would be further investigations.

About 2 weeks later I received a telephone call from a lady identifying herself as an insurance investigator. She said her client claimed he “was forced off the highway” causing extensive damage to his vehicle. I gave her the exact statement I had given to the sheriff’s deputy, and told her I would be happy to testify under oath if needed. I heard nothing further concerning the wreck and assumed the preacher with the pistol was unharmed. I doubt he made it to the funeral in Ruston!

Since those days as teens both our daughters have trusted my experience as a doctor and have consulted me often concerning their own health issues and those of their families. I am confident they trust my medical judgement and wisdom. In reflection on this humorous event and others I am grateful to both of them and to our son they have thought of me more as a Daddy than as a doctor, and after all that is exactly what I desired.

PS: We continued on our shopping trip to Monroe and as best I remember, had a good lunch at the Red Lobster after purchasing dresses and accessories for both girls. Most of our conversation the rest of that day revolved around the dangerous, speeding, pistol packing preacher! 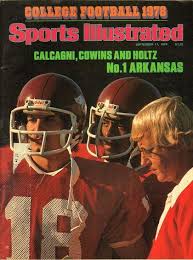 I never heard of Lou Holtz before he was hired as the head football coach of the Arkansas Razorbacks in 1976. He replaced the legendary coach Frank Broyles who had decided to retire after successfully coaching the Hogs for 19 years. Loyal Hog fans did not believe there was a coach who could even begin to match the coaching genius of Coach Broyles, much less exceed the records he had set.

Coach Holtz inherited a team of excellent players whom Broyles had recruited, and they proceeded to win 11 games in his first year. Their only loss was to the #1 ranked Texas Longhorns who had All-American halfback Earl Campbell, and the score was only 13-9. For the first time the Razorbacks were invited to play in the Orange Bowl on New Year’s Day against the Oklahoma Sooners who were ranked #2 in the nation. Although Arkansas was ranked #6, it was a foregone conclusion they were greatly over-matched by a team which included several All-Americans including running back Billy Sims who won a Heisman Trophy the following year. The excitement among Hog fans was palpable until the weekend before the team was to leave for Miami when the unthinkable happened.

Two of the Hog’s best players, running back Ben Cowins and receiver Donny Bobo along with an additional player Michael Forrest were involved in a dormitory incident involving a girl. Coach Holtz made a thorough investigation and decided to suspend all three players, not allowing them to travel with the team to Miami. His explanation to the players and the public for the suspensions were they had broken the “Do-Right Rule.” When asked to further explain the rule Coach Holtz simply stated, “If you want to stay out of trouble, you must obey the “Do Right Rule” which states, “Always do the right thing.” Initially many believed he had given too harsh a punishment to these players. What little chance we might have had against the mighty Sooners was seemingly erased by this verdict against our 2 best players. Many appeals were made to the coach to change his mind, but he was unmoved in his resolve and in his final decision.

Cathy and I had decided to spend the latter part of our Christmas holidays with her family in Fort Lauderdale, and this would give our son John Aaron and me the opportunity to attend the Orange Bowl game along with Cathy’s brother George. During the week before Christmas, we made reservations to fly out of Monroe, Louisiana to Fort Lauderdale on Delta. During the second half of our flight itinerary from Atlanta to Fort Lauderdale I had an encounter with Rabbi Norman Goldburg which I described in the account, Sharing Jesus With Rabbi Norman; Aug. 2014.

I remember the thrill John and I had travelling to the game with George. He knew his way to the Orange Bowl Stadium, so John and I could simply enjoy the journey and speculate on the final outcome of the game and all the statistics. All three of us had worn red and white outfits not remembering those were also the colors of the Sooners. We didn’t have any Razorback insignia, but quickly realized upon arrival at the stadium, we were in the minority. Several fans asked what part of Oklahoma we were from, and when we told them we were from Arkansas they were astonished saying, “Why would you even come such a  distance for this slaughter?” John and I just meekly said, “We’re going to try our best.” George had brought an air horn which he normally used as a safety device on his boat, and he gave it to John for his use at the game as needed! 🙂

From the opening series of the game in which the Sooners fumbled and we quickly scored, it became obvious in this game on this night we were the superior team. Our running back Roland Sales gained 205 yards rushing, and this remained an Orange Bowl record for about 20 years. Our defense played extremely well and held the Sooners to 6 points while we scored 31 points.

John Aaron had a “blast” with the air horn and seemingly blew it every time we made a first down. The couple sitting in front of us were obvious Sooner fans, and were so disgusted with the game and the constant air horn they left right after half time.

Prior to the game many of us Razorback fans were put off by Coach Holtz’s “Do Right Rule”, but deep down were pleased with his stress on personal discipline. Those of us who initially opposed the suspension of his star players were made to understand his wisdom in maintaining strict standards. The other players understood they must take up the slack by playing harder and with greater resolve. The results were obvious and stunning, especially for those Sooner fans who were incredulous in thinking people from Arkansas were crazy to travel so far to “witness a slaughter.” As for John and me, we would have travelled  twice that distance to blow the air horn for our beloved Razorbacks!