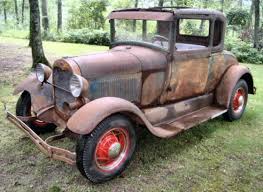 As a result of recent heart issues and a series of hospital admissions with tests and procedures, I have repeatedly been asked the question by loving,concerned family and friends, “How are you doing?” The context of the question is, of course health, but in a larger sense I have been pondering just how am I really doing? My general response to almost every health-issue query has been, “I am doing well”, when in the back of my mind I am thinking I’m not doing well at all! Is it possible for me to be doing well when all around me seems to indicate just the opposite?

An evangelist friend Junior Hill from Hartselle, Alabama has a paperback book published in 2002 entitled “Out Of Season” which Cathy and I have been reading together. The overall theme of this well-written book is for all Christian workers and especially pastors and teachers to remain faithful to their call to love and serve God in whatever situation they may find themselves. This beautiful book has come to Cathy and me at an especially critical time to help us focus on the really important issues of life and service to God through others. Even when health was good, how many of us have not pondered how poorly we seemed to be doing when our external circumstances seem to point that way?  Brother Junior helps clarify and refocus such negative self-analysis by referring often to the passage from the Bible in Galatians 6: 9,10 in which the Apostle Paul admonishes all believers; “And let us not be weary in well doing for in due season we shall reap if we faint not. As we have therefore opportunity, let us do good unto all men, especially unto them who are of the household of faith”. KJV

There is a clear distinction between doing well and well-doing, and the distinction has to do with our focus. A person who has tremendous wealth demonstrated by living in a luxurious home, wearing the latest designer clothes while driving a Mercedes-Benz sports car, may think he is doing well. While another individual living in a rented one bed-room shack, wearing second-hand clothes and driving a broken-down Model A may not think he is doing very well at all. A deeper focus for each of these individuals to see just what they are giving their lives to might reverse their answers.

Doing well tends to focus on the externals of life, the worldly pleasures and treasures which at best are temporary.While well doing focuses on matters of faith, concern for others and a deep desire to know and obey God’s Word which is eternal. The former passes away while the latter is forever. Discouragement is always at the doorstep of the one whose external circumstances are poor, and when invited in and offered a seat he will stay as long as allowed. Although never intended all of us are guilty of nurturing our disappointments in order to obtain the maximum in attention and sympathy. It takes intentionality and resolve for the enemy of discouragement to be thrown out and kept out of our thoughts and lives. Our #1 enemy, Satan loves to constantly whisper in our ear we are getting just what we deserve when we look around and don’t find many of the attractive and shiny things our neighbors are enjoying. His constant harping may sound like this, “See how poor you are? That’s the result of your trying to be a so-called good Christian! Give up all that nonsense and I will make you more comfortable like your neighbors.”

While recently an in-patient in a hospital for several days I was able to share the principle of well-doing with a hospital employee who was in my room more often than I would have desired. He was a phlebotomist (blood drawer) named Chris, and was taking samples of my blood every 6 hours to help regulate my blood clotting mechanism. I began asking him about his goals in life, and he said he was considering becoming a doctor such as an orthopedic surgeon. He said he wasn’t sure he could afford the time and the cost required to achieve such a goal, but wanted to be a doctor so he could do “a lot of good for people.” I reassured him he was already doing a lot of good for people by being the very best phlebotomist. God had gifted him to be very steady and confident in his skills, and he really was the best phlebotomist I had ever had. (I had lots of others over the past 2 years!) I further encouraged him to not compare what he had in terms of houses, clothes and cars to what an orthopedic surgeon might have. They would seem to be doing well while he would seem to not be doing so well. The truth is he was well doing because he was using his God-given skills to help lots of people, and this was well-pleasing to God! I was able to further explain to him the passage from Galatians 6 where God promises as he continues well-doing, he will reap much greater rewards from his God and his Savior. He had told me he was a Christian. When he left my room for the last time he said, “Thank you Dr. Moore. You helped me a lot.” I said, “Thank you Chris. You helped me a lot!”

As a result of carefully examining the real issues of my heart (the intent of my heart instead of the heart rate) I am resolving to focus entirely on well-doing instead of doing well. I would certainly enjoy doing well, which I know won’t last, but I will continually reap the greater rewards of well-doing which will last forever!

3 thoughts on “The Differences Between Doing Well And Well Doing”