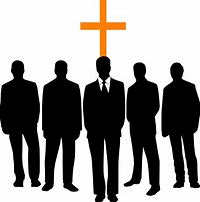 Any fan of Arkansas Razorback basketball will quickly recognize the name Marvin Delph as one of the greatest players to ever don a Hog uniform. Marvin is from Conway, Arkansas and became a Razorback in 1974 following an outstanding high school career with the Wampus Cats. He joined two equally famous Arkansas-born players recruited by Coach Eddie Sutton, Sidney Moncrief and Ron Brewer and the three of them came to be known as “The Triplets.” Their playing time together became legendary and changed the entire basketball culture in Fayetteville, Arkansas from one of mediocrity to national prominence resulting in a Final Four appearance in 1978.

The road to a National Championship in basketball in 1994 began with the exploits of “The Triplets” in the late 1970’s. What many may not know about Marvin Delph personally is what a strong and committed Christian he was (and is today). He could have played professionally in the NBA, but relinquished it in order to play for Athletes in Action following his college graduation.

Athletes in Action was founded in the mid 1960’s by Campus Crusade For Christ. Outstanding Christian basketball players were recruited to play world-wide, and among other things would give their Christian testimonies at half-time to packed-out crowds of young and old alike. It was an excellent means of spreading the Gospel in more unconventional ways, and gave young men like Marvin the opportunity to display their world-class basketball talent and their personal devotion to Jesus Christ. The following is a true story told by Marvin when on an occasion in El Dorado, Arkansas I was invited to have lunch with him along with Buddy Hall and my son John Aaron. This was over thirty-five years ago, and the details of the story are exactly as I recall;

“Whenever we played in a city which was usually on a Saturday night, we would scout out a church near our hotel in which we could worship the following morning. On this particular occasion we were playing in Madrid, Spain and the only church we could find close-by was a Catholic cathedral. The game was sold-out and we were enthusiastically received by all the Spanish fans. We stayed up late talking with fans and signing autographs, so were tired the next morning, but five of us walked together to attend the worship in the Catholic church. All of us were black and at six feet and seven inches I was the shortest man of the five. One of our players was six feet and eleven inches tall, so we stood out in a crowd just by our size alone.

As we were walking to church we all acknowledged we had never worshiped in a Catholic church, and none of us either spoke or understood Spanish. We agreed to pick out one person sitting in front of us, and when he stood we would stand, when he knelt we would kneel, and when he would sit we would sit and be quiet and reverent. The plan was working well, and we were blending in with the worship in which we understood not one word of what was being said. About half-way through the worship hour the priest was speaking when he hesitated, and the man sitting in front of us whom we were following rose to his feet. As we had been previously doing, all five of us stood without noticing no one else was standing. All of a sudden the entire congregation exploded in loud, boisterous laughter, and we immediately sat down. I turned red with embarrassment, and it takes a lot to make a black man turn red! The remainder of the service we remained seated regardless of what the man in front of us did.

As we were leaving the church at the conclusion the priest was at the door and spoke to us in perfect English. He recognized we were five of the basketball players he had watched the night before, and he thanked us for being present. I had to ask him why so many people thought it funny when we stood about half-way through the worship hour.

He said, “Oh that was very funny! I was giving church announcements, and I announced we had a new member of the church family. A little baby boy was born last night into the church family, and his mother couldn’t be here, but would the father of the boy please stand up!! It was quite a sight to have you five men stand in addition to the father.” We all told him we don’t speak Spanish, and didn’t understand what we were doing. He said he already knew it and most in attendance also knew.”

Marvin was honored by the state of Arkansas in 1998 when he was elected into the Arkansas Sports Hall of Fame. He and his wife live in Conway where they have raised their four children, and he is a successful businessman. He is a Christian role model, mentor and frequent public speaker sharing his testimony around the state of Arkansas. I’m certain he has told his Catholic Church experience in Spain many times.