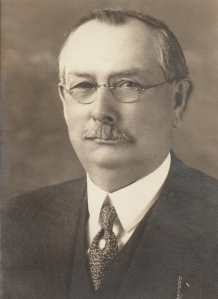 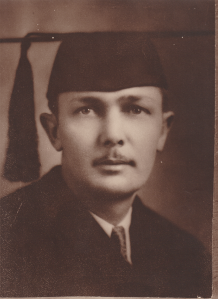 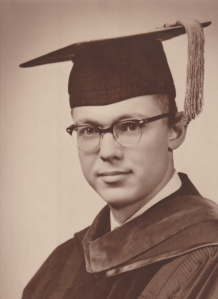 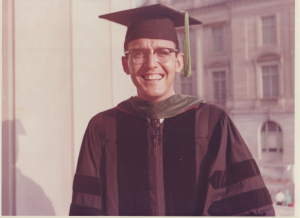 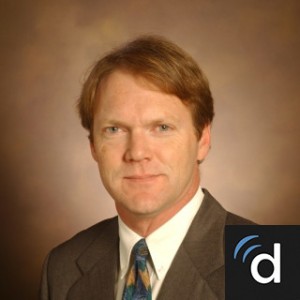 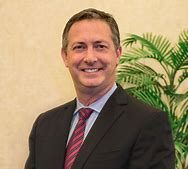 George earned his doctorate in Banking and Finance and began a teaching career at Texas Tech University in Lubbock. He continued in his academic career for nine years and decided to make the transition into the business world as a financial consultant in banking. They moved initially to Midland for 9 years and ultimately moved back to Austin in 1978. He and Marilyn had 4 sons; James, John, Robert and David. Their oldest, James Michael and their youngest, David Lee decided to pursue careers in medicine, and they became the 4th generation of medical doctors from the lineage of Dr. J.A. Moore.

It was exciting for all of us concerning their decisions, and both James and David were able to spend some time in El Dorado in the summer months during their training years with both Berry Lee and me. They were able to shadow us to learn some of the practical applications of their medical training with actual patient care. They assisted me in the operating room with many surgical cases, and I encouraged both of them to consider careers in the surgical field. Both young men were not only gifted intellectually, but had excellent eye-hand coordination skills well suited for a surgical specialty.

James received his MD degree from the  University of Texas Medical Center in Houston in 1984 and decided on anesthesiology as his specialty. From the outset he has had an outstanding career in the academic and patient practice world. In addition to providing anesthesia care for countless tens of thousands, he has helped train several generations of new anesthesiologists. While in Houston one of his responsibilities was in the field of hyperbaric oxygen (HBO) therapy, and he was in charge of the huge multi-place chamber at UT Houston. During those years he encouraged me to become certified in HBO therapy; which I did, and this led to my transition into primary wound care for the last 12 years of my practice life.

James moved with his family in 2001 to Jackson, Mississippi where he became Professor and head of the Department of Anesthesia at the University of Mississippi Medical Center.It was there he began his design and subsequent construction of a revolutionary device for reclaiming exhaled anesthetic gasses. When he moved again in 2003 to Nashville, Tennessee to become Professor and head of Anesthesia at Vanderbilt University, he was able to put into practice his Dynamic Gas Scavenging System (DGSS). The previous cost to Vanderbilt University for anesthetic gas was approximately one million dollars per year, but with James’s system in place, the cost dropped to approximately one hundred thousand dollars, a 90% savings! This device is patented and now commercially available; being used in a number of hospitals nationwide.

James moved with his family back to Texas in 2018 where he is now a Professor of Anesthesiology and on the staff of the University of Texas Southwestern Medical Center in Dallas. In addition to his many other responsibilities, James has served for years on The American Board of Anesthesiology as an examiner for the oral portion of the certification process for all anesthesiologists completing their training.

David attended medical school at The University of Texas in Galveston where he graduated with as an M.D in 1991. He decided on a career in Obstetrics and Gynecology and took additional training in Maternal Fetal Medicine. He has practiced his specialty in Austin, Texas since 1997 when he founded The Austin Perinatal Associates. The specialty also know as High Risk Obstetrics treats expectant mothers who have had complications in the past; have illnesses such as diabetes which can lead to high morbidity and mortality rates for the newborns; and for suspected or known abnormal conditions of the fetus. David’s skills which are unique, include prenatal diagnoses, invasive diagnostic and invasive procedures of the baby while still in the uterus and critical care obstetrical procedures. Because there are less than 6 Maternal Fetal specialists in Austin the demand for his expertise is huge. The population of Austin and all of central Texas may approach close to 2 million. In his practice for over 22 years David has successfully treated many thousands of grateful mothers and safely delivered their babies under very stressful conditions.

In March, 2017 David was privileged to safely deliver the Hodges family quintuplets at Seton Hospital, and this was the first set of quints delivered in Austin since 2009 The events surrounding the labor and delivery of their babies were the subject of a documentary on The Learning Channel (TLC) aired in the fall of 2017 and entitled Hodges Half Dozen (they already had one child prior to the quintuplets). The show became a reality television series, and David was prominently featured in the first episode.

David, his wife Lisa and their family members are strong Christians in their beliefs and witness, and in July, 2018 he was ordained as a minister of their church, The Throne of Grace in Austin. They are involved in multiple ministries and outreaches in the Austin community through their church because of their personal devotion to the cause of Christ.

God gifts us all differently, and we are to use those gifts for the benefit of others and to the glory of God. I don’t consider the profession of medicine any greater nor more important than any other profession. I am honored to have had the opportunity for all my professional years to have served others with my medical and surgical skills and to have been in a family of so many physicians. Perhaps there will be yet a 5th generation of physicians in our family, but irregardless we are fully committed to loving and serving others in the name of the Lord Jesus Christ..

Leave a Reply to John A. Moore Cancel reply