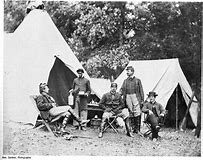 Three Creeks is a small community in southern Arkansas located on Highway 15 approximately 15 miles west Of El Dorado. On the scale of national or international importance Three Creeks would go unnoticed, but to our branch of the Moore family tree it holds great significance. I have never lived there, and my immediate family has spent very little time exploring the surroundings, but ask any member of our family how and why Three Creeks is so important, and you will get an instant and positive response.

In 1846 Alexander Moore, who is my great great grandfather brought his family west from Perry County in Alabama to settle and farm in Three Creeks, Arkansas. Some of the migrant Moore family members didn’t stop in Arkansas but traveled to and settled in southeast Texas. At an early family reunion of the entire Moore clan the question was posed, “Why did some stop in Arkansas while others moved on to Texas?” The answer given by the Texas branch was, “When the travelers came to a road sign pointing to Arkansas, those who could read kept going to Texas while the others proceeded towards Three Creeks.” 🙂

Alexander and wife Lydia purchased several thousand acres of Three Creeks land for farming because the land there was very fertile with an excellent water supply and abundant wildlife. I have one of the original deeds of his purchase, and the land was available as the result of a land grant from The Treaty of Dancing Rabbit Creek by the Choctaw Indians. The Choctaw Nation agreed to deed their lands in Mississippi and Arkansas to the United States in exchange for cash settlements along with safe passage and resettlement lands which were guaranteed in Oklahoma.

Alexander and Lydia’s son Richard Andrew Jackson (RAJ) who was my great grandfather, continued farming the land at Three Creeks and had a very successful career in his profession. During the War Between the States RAJ served in the Confederate Army, and fought in several encounters in Mississippi and northern Louisiana against the Northern Army. He survived the war, but had a bullet wound injury to his right leg which caused him to have a permanent limp the remainder of his life.

The land owned by Alexander and RAJ Moore was passed down through the generations of the family. My grandfather, John Aaron (JA) was the recipient of a significant portion of the original land and passed the land to his 3 children, Walter, Lillie Mae and Berry Lee (Pop). Because Walter and Lillie Mae had no heirs, the land was passed on and inherited by my brother, sister and me. For generations the land has produced income to the family, not from farming as in the beginning, but from pine and hardwood harvesting, from oil leases and currently from brine leases. It has been discovered the brine (salt water) in south Arkansas is extremely high in bromine content, and bromine is widely sought for industrial purposes. The latest discovery concerning the Three Creeks land is the brine located throughout the region is extremely high in lithium content, and with the advent of cell phones and electric cars lithium has become very valuable.

Perhaps the greatest value of the land in the Three Creeks area is  spiritual in nature, and it began near the close of the War Between the States. One of the largest revivals ever concerning salvation decisions in the state of Arkansas occurred at Three Creeks during the summer and early fall months of 1864. The information concerning this revival is from a monograph entitled Arkansas Baptist Revivals written in 1988 by Dr. Mark A. Coppenger, a former pastor at First Baptist Church, El Dorado and a continuing great friend. He gave permission to use this material from his monograph.

A Confederate Chaplain named Kavanaugh reported after battles of Mansfield and Pleasant Hill in Louisiana, the soldiers of the Confederacy moved to the Three Creeks area of Arkansas to rest and be restored to fighting strength. While there an unnamed chaplain began having revival meetings among the troops with preaching, prayers and singing every evening around the camp fires. When the preaching and singing stopped around 10 PM, the men began gathering in groups of tens and twenties for individual prayers and testimonies of faith. It was reported shouts of praise and thanksgiving from newly converted men could be heard night after night as a result of these smaller camp fire gatherings. The prayer meetings continued in the same fashion for several weeks resulting in the spiritual conversion of the majority of the two brigades encamped in the Three Creeks area.

Chaplain Kavanaugh further reported a conversation with General Parsons, the Division Commander in which the General not only was in favor of the revival meetings, but was pleased with the general conduct of the men under his command. He had not had one complaint of the civilians living in the Three Creeks community against any soldier. He further stated a number of the civilians were attending the meetings and were among the ones also being converted to faith. The total number of conversions at Three Creeks was estimated at 500. Similar revival meetings of Confederate soldiers and civilians were held in the Camden (Arkansas) area approximately 50 miles away, and the number of converted men there also approached 500 bringing the total to near 1000 in South Arkansas alone!

I have no record of any of the Moore family attending those military prayer meetings in Three Creeks, but I believe given the immensity and intensity of those meetings many in the family were there and were converted and strengthened in their faith. God will use every circumstance in our lives to drive us to Him when our eyes and our hearts are open to His grace. Times of stress and the surrounding danger of wars are fertile gospel grounds. Thank God for the Lord Jesus and His redeeming works, especially at Three Creeks, Arkansas. I am thankful Alexander chose to move there instead of going on to Texas, whatever the reason! 🙂